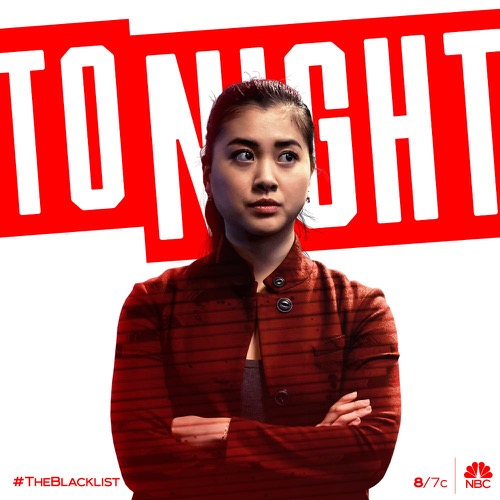 Tonight on NBC their hit drama The Blacklist starring James Spader airs with an all-new Friday, April 2, 2021, episode and we have your The Blacklist recap below. On tonight’s The Blacklist Season 8, Episode 12 called, “Rakitin”,  as per the NBC synopsis, “The Task Force’s determination to identify a Russian asset in the U.S. government puts Cooper and Reddington in increasingly treacherous positions.”

In tonight’s episode of The Blacklist, the episode begins with Harold Cooper getting a call from congressman Russ Friedenberg, he says things are much worse than he thinks – they have them chasing their tales. Meanwhile, Friedenberg is hit with a taser and then killed by Rakitin after making that call and it is made to look like natural causes.

Red is on the plane with Dembe, he tells him he heard from his friend, they are meeting in the hanger – and he is getting closer because Cooper is getting closer to Rakitin who is one of their most protective assets. At the hanger, Red tells his friend that things are under control, Rakitin cannot be arrested, he cannot talk to the FBI. Rakitin does dozens of projects, if he talks, they are all blown. Red tells him to call it off, he says it is too late and there is nothing anybody can do for Cooper now. Cooper goes to meet the congressman but is attacked by several men in an underground parking lot. Meanwhile, Dembe wants to call the task force and warn Ressler.

Red calls Rakitin again and tells him that before he kills Cooper, he wants him to squeeze him, he has intel on a task force that even the FBI doesn’t know about, Rakitin says ok. Meanwhile, Aram and Ressler were tracing the call and they get a location, Ressler is on his way to the warehouse to save Cooper. The task force arrives just in time to save Cooper.

Cooper tells Aram to call Cynthia Panabaker, he needs her there right away. Red calls Cooper who tells him that he has Rakitin and he is not standing down. The man from the east calls Red and is upset with Red, he tells him that he handed Rakitin over to the Americans. He tells Red that if Rakitin talks the agency will come down on him in full force like a thunderbolt.

Red says it won’t happen, he is going to fix it, and then when it is done, they are going to have a chat. Dembe tells Red it is impossible to break Rakitin out. Red just gives him a look and you know he is not going to listen to him.

Ressler has a way to get a message to Liz, he calls the number and tells the guy that he needs to speak to Liz, things have changed and they may be getting closer to the end of Reddington and prove that Liz was right all along. He is talking about bringing her in, on her own terms.

Cynthia tells Harold that if he needs time, let her know. She tells him that she knows he has been hiding something for a long time. He tells her about a file that was stolen years ago with intel, it was stolen by an unidentified Russian operative. After the theft, the Russians started calling the thief N13. The stolen file is the Sikorsky Archive and that is where Neville Townsend comes in.

He was one of the powerful people named in the archive and as a result, he was killed and he put a bounty on the head of the woman that he thought was responsible, Katarina Rostova. Keen thinks Reddington is N13. The man they arrested today is Andrew Patterson, but the Russians call him Rakitin. He is feeding intel to N13. She asks if it is possible that Reddington is a Russian super agent, Cooper says quite possibly.

Ressler gets a phone number where he can leave a message for Liz. Cooper tells Rakitin he was right to try to kill him, he won’t stop until he knows the truth. Cooper tells him that as they speak agents are taking apart his home, Rakitin tells him that he should have just shot him. Cooper tells him the best part, by coming after him, he made it so much easier. Meanwhile, Aram and Park think Reddington is N13 and Liz was right.

Red calls Park, he tells her the favor she owes him, time to collect – Dembe will send her an address so they can meet. Ressler leaves a message for Liz and tells her that he doesn’t understand how she partners with Townsend who had a bounty on her mother’s head. Then he tells her they have Rakitin and they might be able to prove that Red is N13. He wants her back and Agnes, he is there and still on her side. He tells her to meet him at the park at midnight, she can trust him.

Red has Park wait by her car, she sees the man she thought she had killed, he is alive. Red tells her to do what she is told and he remains a ghost, if she doesn’t he is back. He tells her to go back to the office, and he will call her when the plan is in place.

Cooper is again with Rakitin and he tells him that he wants to know everything about N13. Cooper plays the recording of Red speaking to Rakitin over the phone, Cynthia calls Cooper out of the room and tells him that if he gives any more Rakitin is going to know that Red is their informant.

Red Is in the restaurant, Park comes in and tells him that she can’t break out Rakitin and she won’t hurt him. Red wants her to give an envelope to Rakitin with instructions and tells her not to read it. Then he tells her to wish them all luck, they are going to need it.

Rakitin tells Cooper that he is ready to talk, he says Reddington destroyed his life when he made that phone call. Rakitin guesses that Red is the informant for the FBI and works for them.

Ressler leaves another message for Liz and tells Rakitin has agreed to talk. Park brings in a document to Rakitin to sign to consent to his confession, she slips the envelope from Red as well. Rakitin shows her that the note is blank in the envelope, he tells her to convey a message to him, tell him to go to hell.

Dembe is with Red and telling him to relax, Red says he didn’t want this for any of them. Rakitin is ushered to an area to make his confession. Rakitin says he has been working as a covert operative for Russian intelligence. All of a sudden, Rakitin can’t breathe and blood starts to come out of his mouth. Aram calls a code black to get medics in but it is too late, Rakitin is dead.

Cynthia is furious that Rakitin is dead. Cooper tells her that Reddington is on his way up. Red gets out of the elevator and she tells him that she killed Rakitin, an accessory to murder. She says she still has the letter, he tells her to burn it, carefully.

Red walks into Cooper’s office, Cynthia is there, he tells them he is just there to check up on Cooper. Red tells Cooper that he save him today and the people Rakitin works for were not going to let him talk.

Red and Dembe are in a plane, Dembe says Rakitin is going to be hard to replace. The man from the east walks it and tells Red that this is the way he fixes things, he kills Rakitin. Red hits him in the jaw and tells him that Rakitin’s death is his responsibility and Reed continues to put the man in his place. Red says he values his friendship, but they are nearing the end now and nothing is more important than that.

Ressler is waiting on his park bench at midnight, Liz doesn’t show up.

Ressler calls her again, leaves a message, and tells her what happened – says they miss her and want her back. Meanwhile, Liz was nearby and she does listen to the messages.