The Bold and the Beautiful Spoilers: Hope Pushes Deacon to Fight for Brooke 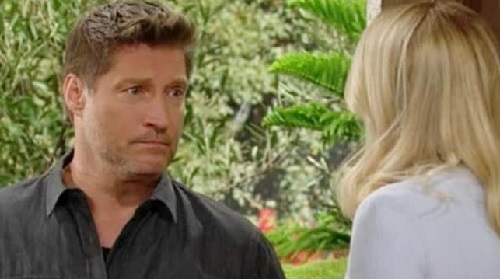 The Bold and the Beautiful (B&B) spoilers tease that Hope Spencer (Annika Noelle) may push Deacon Sharpe (Sean Kanan) to fight for Brooke Forrester (Katherine Kelly Lang) and show support for her parents’ reunion. Could Hope become a big reason why Brooke and Deacon get back together?

Ridge Forrester (Thorsten Kaye) is standing firmly against any kind of bond between Deacon and Hope. He doesn’t think Deacon is capable of change, which is totally unfair since he wanted everyone to accept the changes in Thomas Forrester (Matthew Atkinson).

Ridge doesn’t get to decide whether Deacon is in Hope’s life anyway. He shouldn’t be dictating whether the grandkids know Deacon as their grandpa either. That’s a decision that should fall solely in Hope and Liam Spencer’s (Scott Clifton) hands.

In other words, Ridge is trying to control things that he has no business controlling. That’s going to create more conflict as this storyline moves along, especially since Brooke will become more supportive when it comes to Hope and Deacon’s relationship.

Brooke doesn’t want to drive her daughter away, so she’s already becoming open to the idea of Deacon and Hope’s reconnection. Brooke is still wary, but she understands that Deacon is Hope’s father – and that means something.

B&B spoilers say Ridge and Brooke’s marriage will take some serious hits over the next couple weeks. It looks like Brooke and Ridge may be on the verge of separation, so Deacon could have a shot at getting back the woman he wants.

Since things are so strained between Hope and Ridge, she may determine that her father is the better match for her mother. Hope could encourage Deacon to put his heart on the line and really fight for a future with Brooke.

There’s no denying that it’d be easier for Hope to embrace Deacon if he scores a Brooke reunion. Liam might have to finally put his concerns aside. It would also eliminate the problem of Ridge the naysayer and all the problems he’s causing.

Hope has asked plenty of questions about Brooke’s history with Deacon and may soon see the potential for their flame to reignite! As other B&B news becomes available, we’ll bring you updates.