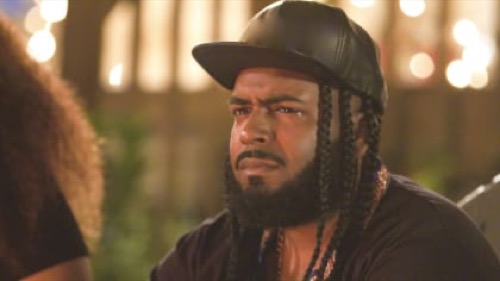 Tonight on TLC their reality show The Family Chantel airs with an all-new Monday, October 18, 2021, episode, and have your The Family Chantel recap below.  On tonight’s The Family Chantel season 3 episode 2, “The Blame Game,” as per the TLC synopsis, “At Chantel’s graduation party, the family comes down on Jah about hiding his son from Winter. Nicole goes in for her breast implant surgery and afterwards gets a shocking reaction from Alejandro. Pedro and Chantel start their search for a house.”

In tonight’s The Family Chantel episode, Winter is back with Jah. Jah hasn’t always been truthful with her. He kept certain important things from her and so it was surprising that the two got back together. But the family wanted to know what happened. Winter went to Chantel’s graduation party and she brought Jah with her. She should have known that her family were going to say something.

Her acting all surprise that they wanted to ask Jah why he kept his son a secret was just plain dumb. The family were naturally going to ask about it and they were going to take Jah to task for keeping his son a secret. Jah had told Winter he had a daughter. He failed to mention he also had a son until the family found out about it and they confronted him with it. And that’s when the truth came out.

Winter ended things with Jah. She had said back then that she couldn’t forgive him and then the pandemic happened. Winter instantly forgave Jah. They were living together again and Winter was now saying that the breakup was everyone’s fault because they all made mistakes. She was choosing to now believe Jah when he says he was always going to tell. Jah’s excuse is that he was going through a custody battle with his ex over the son and that he hadn’t wanted to involve Winter in all that mess. He said he would have gotten around to telling her if it hadn’t been for her family. Jah tried to claim that it was Winter’s family that ruined their relationship because if it hadn’t been for them then Winter wouldn’t have known about his son.

Jah takes no accountability for the fact he was the one keeping secrets. He claimed him not telling Winter hadn’t been him doubting she could handle it and that he intended to tell her all along. Both Winter’s sister Chantel and her mother Karen didn’t believe him. They think he would have always lied about his son because there was really no reason to withhold that information and now they don’t trust him.

They also didn’t think Winter should be so quick to trust him either. The family tried talking to Winter. They tried to caution her. They reminded her that she was beautiful and smart and she told them that Jah makes her happy. She doesn’t want to leave him. She’s happy with him.

Soon, Karen manage to shift her focus onto River. River was taking some semesters off because the pandemic made him think about his music and where he wanted to go with it. He’s now focusing on his music. If it wasn’t doing that, he was with his new girlfriend Meghan. River hasn’t wanted to bring Meghan around his family just yet.

He’s watched from the sidelines as his siblings has had their relationships scrutinized by their parents and so he was taking things slow with his girlfriend. He told his mother as much. He said he wasn’t ready to introduce her to anyone and Karen accepted it for now. She just got a new dog. She’s training the dog to be a show champion and she’s named her after her favorite Spice Girl.

Little Ginger Spice Yoshimi was an adorable Japanese dog. She helped Karen with her feelings of empty nest syndrome and the dog kept Karen busy. She couldn’t interfere as along as she had the dog to train for her upcoming show. Karen was training her dog while Chantel and Pedro were house hunting. Chantel and Pedro were both working. She was finally finish with school. They could afford to look for their dream house and that’s what they tried to do. They went house shopping. Chantel didn’t really like most of the houses in her budget. She wanted complete privacy and that wasn’t in the budget. Another thing that wasn’t in budget was Pedro’s guest rooms for his family. He liked one place that had a huge basement because he said they could fix it up and put three rooms down there.

Only that was going to be expensive. Chantel reminded Pedro that they can’t afford any massive renovations right now and she also admitted she wouldn’t feel comfortable to have any of her in-laws at her house. Chantel has been trying to work on her relationship with Pedro’s family. She’s not trying to be as hostile as she has been in the past but she still wasn’t comfortable around them and there’s no way she’s going to invite them to stay with her. Pedro was the only one who remains that hopeful. Pedro and Chantel also discussed his father. Pedro doesn’t have a relationship with his father. His father was a married man who had an affair and had two children by his girlfriend (Pedro’s mother). The father wasn’t around when Pedro was growing up. He had already left by then.

Pedro’s father completely ignored his side family after things ended with Pedro’s mother Lidia. The man never brought his other children to meet either Pedro or his sister and so Pedro doesn’t know who he is. He tried asking his mom. His mom wouldn’t tell him and so Pedro’s best bet was his cousin. He was going to New York to ask his cousin about his father. He wanted to know who he is and he wanted to confront him. Pedro’s sister Nicole in the meanwhile had her surgery. She has a boob job because she always desired to have bigger breasts and now she does and she did this surgery against the advice from her boyfriend Alejandro. Alejandro didn’t want her to have the surgery. He himself doesn’t like “plastic” women. His words.

Alejandro had actually argued with Nicole after her surgery. He told her that she shouldn’t have done it and she said she did it for herself and that he’ll get to enjoy it so he shouldn’t complain.