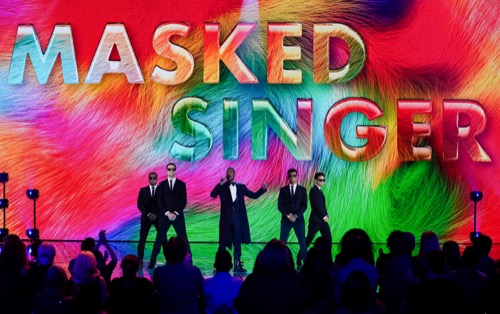 Tonight on FOX The Masked Singer airs with an all-new Wednesday, September 23, 2021, Season 6 Episode 2 and we have your The Masked Singer recap below. On tonight’s The Masked Singer season, 6 episodes 2 called “Part 2: Back To School,” as per the FOX synopsis, “On Night Two, Group A returns and is joined by two all-new Wildcard contestants for a competition unlike any other, as one more will be unmasked at the end of the night.”

In tonight’s The Masked Singer episode, the person behind Mother Nature was revealed. In Part B of the two-night premiere, the night kicked off with Mother Nature’s reveal and she turned out to be Vivica A. Fox. None of the judges thought it could be her. They all thought it was someone else and so she really did fool them. Vivica was a great talent. She could do it all and she proved so with her performance yesterday. Vivica was one of two people eliminated on Part A. Dwight Howard was also revealed to be the Octopus. The show hates that they had to lose them but they were more performances tonight and so the show must go on. The host was Nick Cannon. He was back this season after a bout of covid and he unveiled the other surprises tonight.

Nick unveiled the “Take It Off” button. If the judges knew for sure who was behind the mask, then they could hit the button and be rewarded two points if they proved to be right. They will also be significantly punished if they proved to be wrong. Ken decided to test the button by hitting it before any of the performances tonight. But, luckily that didn’t count. It doesn’t count until the performance and the first performance tonight was from the Hamster. The Hamster chose that animal because he said his body is shaped like a hamster and that he felt like he was stuck on a wheel going nowhere during the lockdown. He also said that he does everything with famous friends. His clues showed off a postcard from Alcatraz Island indicating that he might be from San Francisco.

One of the judges instantly thought of Danny DeVito. The Hamster said he was “way f**king taller” and so he goes a potty mouth. He also ended up liking baseball. The judges saw inside of his back-to-school locker (another new thing) and they found a baseball bat. The next performance was from the Skunk. Her clues were that she received a full ride to college and that she had to bench that dream because of some unexpected news. Now, that could be anything. It could be a baby or possibly a sick relative. Either way, she gave up her dreams and she turned it into something else. She had a book of acting in her clues. She could be an actor and her song selection also showed that she had to give up something to care for someone else. The Skunk performed “This Is A Man’s World”.

Some thought she could be Janelle Monae. Janelle does wear a lot of black and white. Others thought it could be Fantasia based on the level of skill and so it’s still a mystery for them. They weren’t going to press that button just yet. Next up was the Puffer Fish. Her clues showed off a cardinal bird and a diary. She also stated that she didn’t grow up being able to watch tv or listening to certain music. She grew up in the church. Her outfits even back then had people gossiping about her and so she was another one that had the judges stumped. They didn’t know if she was Nelly Furtado or Vanessa Hudgens. The Puffer Fish disguised her voice. She couldn’t reveal too much and that meant her voice is something the judges have heard frequently. As in she has to be a singer.

The Bull was up next. He revealed he had a big heartbreak and that his first love was what hurts the most. This is why he chose the song “What Hurts the Most” by Rascal Flats. The Bull showed amazing talent. He has range and his locker held three cheerleaders. It was the cheerleaders that had Jenny thinking it was Zac Efron behind the mask. There was also the idea being floated around that there could be a Jonas brother under there. Robin didn’t think it was Jonas. He felt sure it wasn’t and so the Bull could be anyone. Next up was the Baby. The Baby was big. He was tall and he was the second Wild Card. The Baby was also someone very famous because he replaced Arnold Schwarzenegger in a movie once. He chose the Baby persona because he has kids and this guy could sing.

The Baby performed his song with aplomb. Ken thought it could be Will Smith or possibly Hugh Jackman because of the Australian accent he heard, but Robin thought the accent was a misdirection and that it was actually Chuck Norris under there. Later, the person with the least amount of votes was eliminated. Puffer Fish was eliminated on Part B and so the first thoughts were revealed. Robin’s first impression was Jessica Alba. Jenny thought it was Jennifer Lopez but she changed her mind. She now thought it was Nelly Furtado. Ken also changed his vote. He thought Issa Rae and now he thinks it’s Zoe Saldana. Nicole changed her vote as well. She went from Paula Abdul to Monica. And the Puffer Fish was revealed to be Toni Braxton.

Toni grew up in the church with her siblings. Her father was a religious man and so she didn’t get to watch certain or listen to certain music and then she later became a singer and with that, she could sing the songs she used to be unable to listen to.