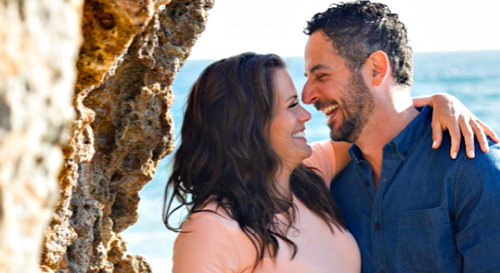 The Young and the Restless spoilers reveal that Melissa Claire Egan (Chelsea Lawson) is currently on maternity leave. Viewers have been waiting for the actress to give birth and that day has finally arrived! Find out all the details about Egan’s new baby, including the boy’s name. The actress also compared it to Chelsea’s deliveries and had a special message for fans.

Delivering a baby is always exciting but nerve-wracking at the same time. There is no knowing if the mother will have complications. There is also the concern of if the child will be born with any issues.

Thankfully, both mother and child are doing well. They are both in excellent health, according to a statement released to People.

The Young and the Restless spoilers reveal that Egan had a special message to her fans and social media followers. Everyone has been offering encouragement and support during Egan’s pregnancy, which she appreciates.

The statement expressed the couple is grateful for everyone’s love and well wishes during the pregnancy.

Egan and Katrosar also mentioned being “awestruck” and can’t believe the little boy has finally made his entrance into the world.

The Young and the Restless Spoilers: Childbirth Comparison

Egan added a comparison to how her delivery went compared to those of her character, Chelsea Lawson. Egan assured fans that her labor and delivery was easy and recalled Chelsea’s cabin birth.

“Although this is my first child in real life, I’ve had very dramatic on-screen births on The Young and the Restless. Once after falling through a lake, I delivered my son on the show in a cabin. The other time, I went into labor at my wedding and delivered a baby right there in my wedding dress. So this was a breeze compared to that!”

We send a huge congratulations to Melissa Claire Egan and Matt Katrosar on the birth of their baby boy.