The Young and the Restless Spoilers: Sally Determined to Make Hot Adam Dream a Reality 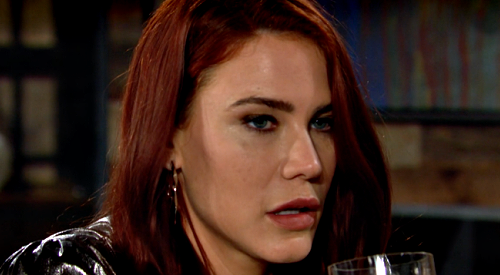 The Young and the Restless (Y&R) spoilers tease that Sally Spectra (Courtney Hope) will have a hot Adam Newman (Mark Grossman) dream, so she’ll go wild with the man she craves. It looks like Sally will be determined to make that dream a reality, but there’ll be some obstacles to conquer first.

Sally will let her mind wander to some steamy places in this dream sequence. She’ll fantasize about just how amazing it’d be to hit the sheets with Adam and take this sizzling step together.

Sally is clearly quite attracted to Adam, so she just won’t be able to get him out of her head.

Of course, this dream may actually be a daydream that Sally can control. No one can blame Sally for letting her imagination get the job done since she can’t actually go there with Adam just yet.

However, Sally will no doubt have high hopes about getting Adam into bed at some point.

The problem is Adam will let Victor Newman’s (Eric Braeden) criticism and some other concerns get in the way.

Sally was right to worry about the warning Chloe Mitchell (Elizabeth Hendrickson) offered about Connor Newman (Judah Mackey), who still believes his parents are a couple and is confused about where things stand.

Sally’s involvement could add to the confusion even more, so it’s easy to see how that’ll weigh on Adam and leave him pulling back.

All Victor’s grumbling won’t help and should leave Adam hesitant to go too far with Sally. Although Adam won’t like the fact that Victor’s trying to control his life, he’ll let it happen on some level.

Y&R spoilers say Adam will deliver a tough blow when he tells Sally they should only see each other at the office from now on.

That means no more working dinners and flirting sessions, so Sally will be disappointed over the setback.

Sally will also be ticked off since she’ll probably feel like Adam led her on in some ways.

Nevertheless, Sally is a resourceful gal who tends to be awfully persistent. She’s got her sights set on Adam and will surely fight even harder to make him her man this fall!

The Young and the Restless spoilers say Sally and Adam’s potential love story isn’t over yet, so it’ll be interesting to see what tricks Sally has up her sleeve.

CDL’s the place to be for exciting Young and the Restless spoilers, updates and news, so pop back in soon.