The Young and the Restless Spoilers: Week of October 25 Preview – Nick and Jack Both Lose – Phyllis Walks 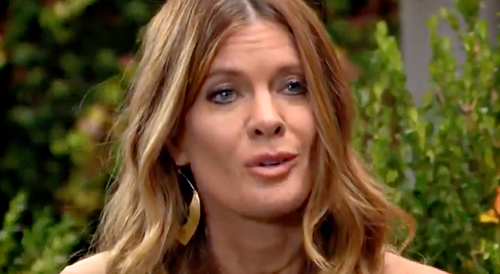 The Young and the Restless spoilers reveal Phyllis Summers (Michelle Stafford) makes a decision. In the weekly preview for October 25, Phyllis tells Nick Newman (Joshua Morrow) that they are completely out of sync and to give her space. However, when Jack Abbott (Peter Bergman) suggests they get together, Phyllis doesn’t agree.

Phyllis & Nick – Couple Out of Sync

Y&R spoilers reveal that Phyllis feels as if Nick is pushing her away. Phyllis specifically brings up Nick’s current beef with Victor Newman (Eric Braeden) and says she just wants to help him.

However, he makes it difficult when she can’t even agree with what he’s saying about the Newman family. Phyllis ends up making a painful decision and tells Nick that they are just too out of sync right now.

Phyllis explains to Nick that they need some space from each other. Now, sometimes couples can work things out if they have a brief separation. However, other times it just leads to the couple parting ways for good.

There are a few things going on in the relationship. There is the issue with Nick’s family, which he isn’t going into detail with Phyllis about.

Then, there is Nick constantly bringing up Jack. So, even though he says that he isn’t jealous, there is obviously a concern about how Phyllis really feels.

The Young and the Restless spoilers reveal that the weekly preview shows Jack and Phyllis talking. Phyllis tells Jack that she has told Nick that they need space.

Jack is feeling lonely and has been thinking about when he was the happiest, which was with Phyllis. So, he suggests that they get back together and says things happen for a reason.

However, Phyllis tells him that there is a reason why couples don’t work out, implying that they aren’t meant to be together romantically.

The Young and the Restless Spoilers: Everyone’s Talking

The weekly preview also shows that everyone is talking about Phyllis. Noah Newman (Rory Gibson) tries to be a listening ear for Nick. Meanwhile, Sharon Rosales (Sharon Case) says that the relationship was about to go off a cliff.

So, if Phyllis doesn’t choose Nick or Jack, then who will be her next partner? Or could there be an expected twist with this love triangle?