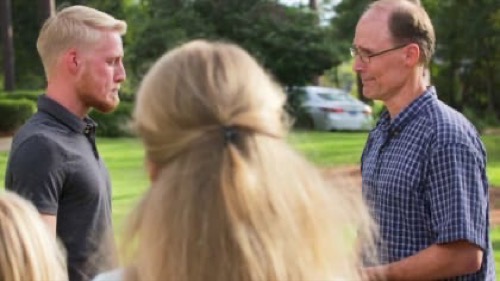 Tonight on TLC their reality show Welcome To Plathville airs with an all-new Tuesday, January 5, 2021, episode and have your Welcome to Plathville recap below.  On tonight’s Welcome to Plathville season 2 episode 9 called “I Came to Say Goodbye,” as per the TLC synopsis, “After a long period of no contact, Ethan decides to confront his parents.

Micah went to Miami. He went there for work. He was contacted by a modeling agency that saw his photos online and they asked him to come to Miami so that they can sign him as their latest talent. This was a big deal for Micah. He knew he could get more exposure now that he was with a big agency and it also opened the doors for other opportunities. Micah, like his other siblings, want to branch out. He doesn’t just want to be known for one thing. He wanted to be able to do anything and now that’s easier for him. This contract with the agency couldn’t have come at a better time. Micah was in a good place and so were his siblings.

Moriah was also pursuing her dream. She went into a music studio and she recorded a record of a song she had written herself. There to help was Moriah’s producer. The producer was a great guy because he was easy to work with and he was also honest with Moriah. He told her when it worked and when it didn’t. He also supported Moriah until she found her voice. She loves to sing because she grew up singing with her family and now she wants to pursue it. She also wants her family’s blessing in pursuing it. Moriah and her siblings were brought in a strict household and it had been hard on all of them.

They had to break away. Or in certain cases, get pushed away before they could realize their dream. Moriah was still a teenager when she had been asked to leave the house because her parents didn’t like her values and they were worried she would pass it on to her younger siblings. Her parents were so strict that they even monitor the relationship that Moriah has with the siblings that still live at home. They don’t leave her or her brothers alone with their younger siblings and they sorta stand in the corner of the room ready to move in at any given moment. Moriah’s parents were harder on their children that have moved away and rejected their way of life.

Not that this stopped them from keeping an eye on their older children. Kim and Barry followed their older children on social media and they even moved house in order to be closer to them. This has been an issue for their eldest Ethan. Ethan and his wife Olivia cut off all ties with his parents because his parents were toxic to their marriage as well to Olivia directly. His parents have told her horrible thing. They’ve also called her names and so Olivia doesn’t anything to do with them. For a while, she had been free of them because back then his parents lived far away. They then moved a few houses down from the couple and now the couples sporadically bumps into them while they’re out on the street.

This was the chief reason for why the couple are now moving. They wanted to leave his parents behind them once and for all. To do this, Ethan said he had to say goodbye to them. He and Olivia drove over to his parents’ new house to say goodbye. Olivia didn’t want to leave the car and so it was just Ethan that went up to the house. Ethan asked to speak to his parents. They spoke away from the house and he said all he needed to say. He also asked to say goodbye to his siblings. He told them goodbye at the house and he wanted them to be able to tell Olivia goodbye as well. Ethan wanted the kids to come down to the car. He didn’t see why they couldn’t and his mother proved to be a problem.

Kim said she didn’t want her kids around anyone who was toxic towards her. She wanted to be there to monitor the interaction between Olivia and her younger children and she refused to be swayed by Ethan. Ethan knew his wife didn’t want to see or speak to his parents. He tried to put up boundaries and Kim refused to budge. Kim said that if she couldn’t go with them, the younger kids go to the car to say goodbye to Olivia. She made a stand and so Ethan told the kids they’ll next see them when their eighteen. He had given up on his relationship with his family. He was prepared to walk away when they again tried to manipulate things.

His father was heading to the car to say hi to Olivia when Ethan stopped him. Ethan physically stopped his dad from going to the car and his brother had to step in to stop them from fighting. In the end, Ethan defended his wife. He stopped his parents from going over to her and he drove off with his wife. He didn’t look back. He didn’t know his mother broke down in tears or that his parents complained how tough he was on them. Ethan didn’t know because he didn’t care and he later went to hang out with Micah and Moriah. The three of them talked about their parents and what happened on Ethan’s last visit to them.

The older kids had made them feel old and primitive and so Kim planned something for kids. She asked them to come down to dinner in their fanciest outfits and then she began throwing pie. Soon, they were all throwing pie. They had fun with throwing pie and dodging pie. And this has been the happiest they’ve ever been since the start of the new season.