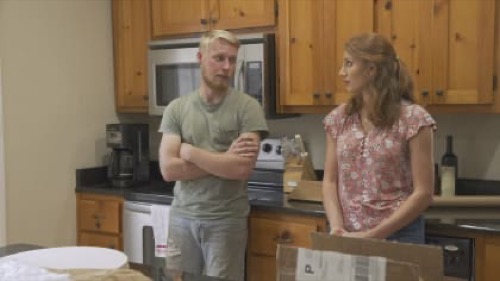 Tonight on TLC their reality show Welcome To Plathville airs with an all-new Tuesday, September 14, 2021, episode, and have your Welcome to Plathville recap below.  On tonight’s Welcome to Plathville season 3 episode 5 called “You Were the One That Changed,” as per the TLC synopsis, “Max and Lydia go on a mission. The tension between Ethan and Kim threatens a plan for him and his brothers to hang out.

Moriah faces a tough choice for her band. Ethan and Olivia reach a critical point in their relationship as the idea of a move looms.”

In tonight’s Welcome To Plathville episode, Lydia was helping her sister’s boyfriend in picking out a promise ring for her sister. Max and Moriah have been together for a while now and he wanted to show he was committed. But he wasn’t ready for marriage. He thought a promise ring would be the next best bet and Lydia agreed to help. The only other person who knows about it is Micah.

Micah wasn’t great at picking out jewelry and so that’s why Max turned to Lydia. Max and Lydia are close. They talk every few days and he helped her with an issue with that boyfriend of hers. Lydia usually asks her sister for help except it was different hearing from a male perspective and for someone who wasn’t raised as strictly as they were.

In fact, Lydia’s mom Kim had to give her permission before Lydia could go off with Max to shop. Kim only agreed because she said she trusts both of them and she wasn’t worried about anything else going on. Kim didn’t know what they were shopping for. They were keeping that a secret because they didn’t want it to get back to Moriah. Moriah meanwhile was writing music.

She was a budding musician and she used to perform Christian songs for the church. She now performs music she writes and it’s about everything. It’s about life. Moriah performs with her brother Micah and her sister-in-law Olivia. They have a band together. They were also going to perform together and Moriah doesn’t know what to say to her parents.

Moriah’s parents were dead set against their daughter-in-law. They pretended to like Olivia while badmouthing and being downright vicious to her and so that turned the young woman off. She distanced herself from them. Which in turn forced her husband to choose. He chose his wife and his parents were still struggling to deal with that. Micah thought Moriah should tell their parents not to show up at the concert because he thought Olivia deserved to be comfortable.

Olivia was also in the band and that was a huge favor to them. Only Moriah told her parents about the concert. She just didn’t tell them that Olivia was performing with them because she was worried about how they would react and so kept that part to herself.

Ethan, the older brother, who was married to Olivia was also pushing the boundaries. He was out looking at golf equipment with his brother Micah when they realized they could borrow them from their dad and they also wanted their younger brother Isaac to come with them but there was a hitch. Ethan knew that asking for those things would mean his parents would demand something in return.

This time it was his mother Kim demanding that he come to the house to pick up his brother because she claimed she had a lot of stuff to do and that she couldn’t drop him off. The whole asking Ethan to come to the house was a power play. Ethan knew it and it reminded him of everything he resented about his childhood.

Ethan hated the way his parents would play him. It’s one of the reasons why he has such anger issues now and he hated the way his mother tried to use his brother against him. Kim didn’t want to let Isaac walk out to meet them. She wanted Ethan to come to the front door and she claimed that she wouldn’t be there to meet them. She also said she wouldn’t be on the lookout. Both of which turned out to be lies.

Ethan waited on the road while Micah went to the front door to collect their brother and the parents were robbed of their opportunity to manipulate Ethan. They hadn’t wanted to let their younger son go. Micah had to speak with them. Micah explained to him that not letting Isaac go with them would just push Ethan further away and so they let Isaac go. And Isaac was personally hoping that Ethan would see that as his parents not being as bad as he thought.

Ethan, Micah, and Isaac went golfing. They had fun. They realized they were all terrible at golf and so they laughed about it together. Later, Ethan wasn’t enjoying himself as much speaking with his wife. His wife Olivia wants to move to a big city. She wants stimulation and nightlife. Ethan on the other hand likes rural small towns. He doesn’t want the city life. He and his wife want different things.

Olivia also wanted Ethan to talk and he wasn’t a talker. Ethan instead bottles things up. He and Olivia even agreed to move in five years and yet Ethan was reneging on their deal. He was dragging his feet about moving. He was refusing to give a big city a chance. He also knew not to agree to Olivia’s compromise of Tallahassee because he said Olivia would eventually push the boundaries and want to move to a bigger city one day.

Ethan and Olivia have grown apart. Olivia has changed and that’s what comes from marrying so young. Olivia was still figuring herself out and she knows right now that she can’t do that in a rural small town. She wants them to take a year to see what they want. Ethan himself was changing and so a year could be just what they need.