Welcome to Plathville Recap 10/12/21: Season 3 Episode 9 “This Is Your Only First Concert” 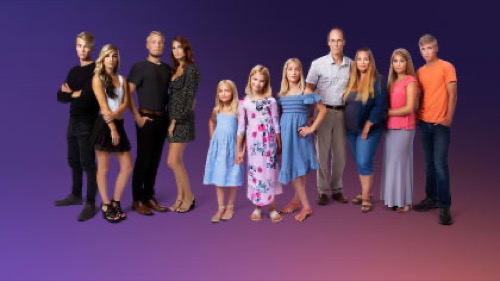 Tonight on TLC their reality show Welcome To Plathville airs with an all-new Tuesday, October 12, 2021, episode, and have your Welcome to Plathville recap below.  On tonight’s Welcome to Plathville season 3 episode 9 called “This Is Your Only First Concert,” as per the TLC synopsis, “Ethan and Olivia take steps to reconcile their marriage. Barry and Kim learn that they aren’t invited to Moriah’s gig, and Kim is forced to make a choice that is best for her, Moriah and Olivia.”

Tonight’s episode begins with Moriah sitting down for coffee with Lydia, they have decided to do it once per week. Moriah tells her that she is having a concert in Tallahassee, and there is no way mom and dad can be there because they are not on speaking terms with Olivia and she feels dead center in the middle of it. It won’t be her only concert, there will be more. Lydia reminds her that it is her first concert and it will be hurtful to their parents. Moriah thinks that maybe she is overthinking it. Lydia tells her not to make that her main stress of the concert, just focus on her music. Moriah says it is hard because Olivia is part of the band and their parents being there will affect her. Lydia asks if Olivia would be fine with them being there, Moriah says no. Moriah says she hates life decisions.

Elsewhere, at Ethan and Olivia’s house. After meeting at the rose garden, they have decided that they will meet once a week and make it intentional time together and go from there. Today she is at the house to finish some projects before Ethan can sell the house. They are working to move on together. Ethan admits that he is bitter to leave the house, it is the first one they had. It sucks just as much as it is a good thing for Ethan. He loves the house, he just wishes it wasn’t so close to his parents. She asks him about their relationship, a 1 to 10, where is it right now. He says a 1, she says a 4. She says there are a lot of solid good things to work on.

He says he would like for them to see a couples counselor to help them. She says she thinks they are better than a 1, before he didn’t want to go to therapy and now he does. She asks him if they graduated to a 2. When he turns his head, she splats paint on his knee. Ehtan loves her and he knows he has to do something, but he doesn’t know what. He tells her that he thinks they had a lot of great memories in the house, he asks her if she has any. She says there are some, it wasn’t a bad little house, it’s cute. She has nothing against the house, if she could move it to where she wants to live, she would keep the house. He says he doesn’t know if they will actually make it, there are a lot of unknowns. He loves spending the day with Olivia, seeing her laugh again. He tells her that no matter what happens he will always love her. She says same.

Moriah goes to see her parents, she is nervous to speak to them. She tells them she has a concert coming up, a small gig. It’s outdoors, bar/restaurant. She is excited and nervous, Olivia is part of the band. She is having a hard telling them, she hates being put on the spot. In a perfect world she wants everyone there, in this situation, she doesn’t want to stir any conflict, they can’t come to her concert. In the future, she will do a solo concert where they can attend. Kim is happy for her, but they can’t go because Olivia doesn’t want them there.

Kim thinks it is selfish. Her dad. Barry, asks if someone can film it. Kim tells her that it means a lot to her because she is so proud of her. Moriah says Olivia has her boundries and she has to respect that, she is at a loss for words and there are tears in her eyes. Kim says the whole thing is blown way out of proportion. Moriah says she hates talking about it, she just wanted to get it off her chest. Kim says they won’t be there, they won’t show up and cause anything. Barry says they don’t want to jeopordize her performance, they will be there in spirit, it’s a sad state of affairs. Kim is furious, Barry is sad. Kim is determined not to miss that concert, she wants to hear her daughter make music.

It is the day of Moriah’s performance, she wants to paint her nails black, Max does it for her. . She is nervous and excited at the same time. Micah and Max are joking around with Moriah a lot, they knows she is nervous and they don’t want her to think about it. Olivia shows up and makes the men leave so Moriah can get ready.

Kim is looking for an outfit to wear to the concert, she tells Barry that she can slip in the back. Barry says he doesn’t know if it is worth it. Kim thinks Moriah’s first concert should pull the family together to rally for her. Instead it is showing how divided they really are and that really hurts. Barry says he is at peace not going. Moriah told Olivia about her conversation with her parents, Olivia feels bad and offered to bow out, but Moriah told her that she wants her there.

Set up for the concert has begun, Ethan shows up and Moriah is happy. Kim made a decision, they are in the back parking lot to hear the music, but they are trying not to be seen. Lydia is really hoping that nobody knows they are there. This is Moriah’s first gig, there is never going to be another one.

They are finished setting up, Olivia and Moriah go out back to change, she is getting really excited and feeling prepared for the first time. Ethan is sitting down and he sees his parents’ vehicle, he is immediately irritated, he knew this was going to happen. Little does Ethan know, they are in friend’s vehicle. Ethan gets up, he wants to tell them to leave. Max tries to encourage him not to cause a scene. Ethan goes right over to Moriah and tells her, she is shocked, she promised Olivia that they wouldn’t be there and she doesn’t know what to do.

Ethan and Micah head over to wear his parent’s car, there is nobody there. Micah is upset, basically his mom has always done things like this, she always has to be in control. They head over to the restaurant that is close by, they can’t find them. Micah ends up finding them in the other car and tells them to get out.