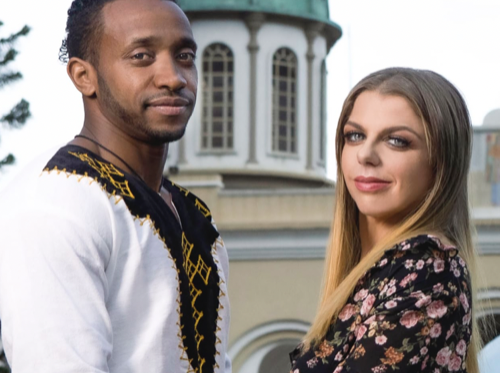 Tonight on TLC their popular reality show 90 Day Fiance airs with an all-new Sunday, June 26, 2022 episode and we have your 90 Day Fiance recap below for you. On tonight’s 90 Day Fiance season 9 episode 11 called, “How To Marry a Stripper”,” as per the TLC synopsis, “Kobe’s happy proposal comes undone. Thaís lets a huge secret slip. Ari’s ex is back and so is Bini’s jealousy. Shaeeda questions her future with Bilal. Yve and Mohamed clash about kids. Jibri’s parents bluntly assess his relationship.”

In tonight’s 90 day fiance episode Kobe and Emily went mattress shopping. They needed a new one because they have to accommodate for three people in their bed. For Kobe, Emily, and their son. Their son should technically be in his own bed. But Emily was still breastfeeding the toddler and she didn’t like the separation. Emily was also difficult in other terms. She wanted things done her way. She even wanted a big engagement ring and that like the mattress was something Kobe couldn’t afford. He came to the United States with four grand. He doesn’t have a degree or a career he could easily pick up in the States. And they were more or less on her parents for everything.

Emily is quite spoiled. She expects her parents to pay for everything and they’ve already told Kobe on the side that they weren’t footing the bill for their lifestyles. They instead expect a first time immigrant to suddenly find a job that could maintain his family as well as Emily’s luxurious wants. Not that Emily was given this talk. She went dress shopping for this big wedding that she’s expecting her parents to pay for and they go running to complain about it to Kobe. They just weren’t strong enough to say anything to Emily’s face. And that’s why she’s so spoiled that she can barely function in the real world.

Emily’s parents should have been telling her to get a job. She was an American and there was nothing stopping her for working while Kobe has to wait on a green card before he could find employment. But for all their problems, Emily and Kobe were at least honest with each other. There were other couples like Bilal and Shaeeda who kept butting heads because of other’s contentious behavior. Bilal wanted his fiancé to sign a prenup. He surprised her with it on what should have been a romantic outing and he was shocked when Shaeeda got upset. There she was thinking they were happy. And then, BOOM, he surprised her with a prenup.

Bilal didn’t even talk it out with Shaeeda on what should go into the prenup. He had already gotten his lawyer to make it up and he just expected her to sign it as an act of trust. She instead came up with her own demands. She wants to put stipulations into the prenup. She wants him to agree that they have to try for children by a certain point. She was offended enough by the need for a prenup that the least Bilal could do was reassure her that they would have kids. Bilal keeps talking his way out that conversation when she’s tried to bring it up in the past and so he has to say one way or another if kids are on the table. And if they weren’t, she’ll walk away.

Ariela thinks about walking away sometimes. If she didn’t have a son with Biniyam, there was no way their relationship would have lasted this long. It was troubled in Ethiopia. It was even troubled now that they were in the United States together. Ariela has more in common with her ex-husband Leandro than she does with Biniyam. Which Biniyam sees because Leandro remains a part of their lives. He and Ariela were still pretty close. They were best friends in spite of their divorce and so that’s led to certain amount of jealousy from Biniyam. He didn’t want Ariela to be that close to another man. He wanted her for himself. And each time they argue, Ariela goes running to her ex for comfort.

Thais has a different problem. She didn’t have to worry about an ex because Patrick has proven he’s willing to cheat on her with people he’s just met. But Thais has supposedly forgiven him for his past indiscretions. She still monitors his phone as well as spy on him in others ways, but she claims she wants to move past it and Patrick wants to move on with her. Patrick knows that Thais has had problems with his brother John. John lives with them. John is also a party boy. He can be found drinking in the morning and he threw a party without telling either Patrick or Thais about it beforehand.

Thais has such a problem with John that Patrick thought it would be a good idea to take her on a visit to see other brother Michael in Las Vegas. The brothers all grew up close. Patrick wanted Michael’s opinion on whether or not Thais was the right person for him. Only he didn’t expect that Thais would make certain confessions. She ended up admitting to Michael that her dad doesn’t know about their engagement. Her dad doesn’t approve of the relationship. He thinks all Americans are using Brazilian women. And so her dad is a touchy subject with Thais and it was so much so that she hadn’t even told Patrick that her dad doesn’t know about the engagement.

Je first found out about in during her conversation with his brother. Patrick was grappling with that news while Yve was still trying to make it work with Mohammed. Things have gotten off to a rocky start when Mohammed chose to be selective about his culture. In his culture, men and women weren’t allowed to be alone together. Or so he claims. Yet, he’s still sleeping with Yve. They weren’t married yet they were still having sex . Their relationship wasn’t even great. It was falling apart due to all the arguments they were having and now there was even more to argue about. Mohammed said that he doesn’t want kids if he can’t raise him in his inconsistent interpretation of his faith.

Then there was Jibri and Miona. Miona came from Serbia to the United States in order to marry Jibri. There was just a few problems with that, though. No one in Jibri’s life thought he was ready to get married. They were all telling him not to marry Miona. They were telling him that he needed more time to think about things and what they fail to take into account was Miona. Her feelings. She gave up everything for Jibri. She left her job, her family, her friends and came to a country where they seemed to hate immigrants and she did so with the promise that they were going to get married. And so if he backs out of marrying her, she will naturally leave him.

His parents said that if Miona ends things after not getting married that it means they weren’t as committed as they thought they were. But again, they don’t take into account that Miona has shown commitment. She literally gave up her whole world for a guy. If he couldn’t do the same or at least respect her enough to not make her sacrifice in vain then he deserved to get dumped. Jibri was a child. He didn’t have life together. He didn’t have everything he told Miona that he was going to have. He wined and dined her and then gave up on it the moment she boarded the plane. And so Jibri doesn’t even deserve to have her.

Emily however finally showed some progress. She later admitted she works part-time. The cameras never show her going to work or anything like that and so who knows what this job is. Its just known that its part-time. She was planning this huge wedding on a part-time budget. She and Kobe got that larger mattress and they went on a date night in which Kobe surprised her with a ring. He used a large chunk of his savings to get the ring, but Emily loved it and she felt guilty for buying a ring for herself. She recently purchased herself a ring because she wasn’t sure that Kobe could afford the large diamond she wanted and now she has two rings.

No one needs two rings. Emily doesn’t know what to do with the other ring and she was going through a personal ring drama about it. She could sell it of course. She could sell it on Ebay and recoup her losses in buying in the first place only she couldn’t think of the future right then because she felt so bad. She really did doubt Kobe would get her what she wanted. She therefore decided to come clean about it and Kobe got angry. He was so offended she bought herself a ring that he refused to look at it. He asked for someone else to take it away. And this ring drama just reenforced his trust issues he has with Emily.

Biniyam and Ariela celebrated the Ethiopian New Year. It was a celebration in Biniyam’s culture and its usually done is a huge festival. This year, it was just him and Ariela’s family. Leandro was also there. Leandro was a part of the family. Ariela even wanted him to be there when she chose a wedding dress. Leandro was so entrenched in the family that Biniyam felt threatened. He thought Leandro should leave Ariela alone. He failed to see that it was Ariela that insists on keeping Leandro firmly in the family. If Ariela wasn’t comfortable with it, her family would have stopped speaking to her ex-husband.

Also, there was some sad news for Guillermo’s family. His brother was in retnal failure and Guillermo got a call in the middle of the night that it might be too late for his brother. Everyone thought he would die in the night. They started to panic and more than ever Guillermo wishes he could still be in the Dominican Republic to support his brother.

And Thais tried to convince Patrick to get married in Las Vegas, but he called it a stripper wedding and he refused to go through with it. He also was still upset her father didn’t know about their engagement. He thought it was immature to wait to tell her father after they were married and it led to doubts about their relationship.