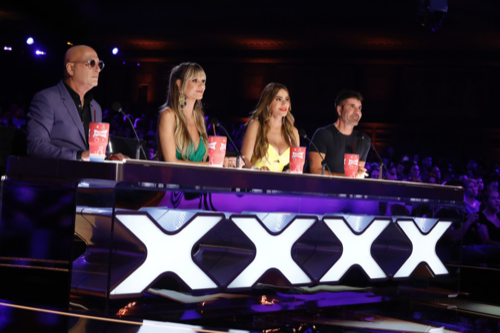 Tonight on NBC America’s Got Talent begins with an all-new Tuesday, August 17, 2022, episode and we have your America’s Got Talent recap below! On tonight’s AGT season 17 episode 13 “Qualifiers 2 Results″, as per the NBC synopsis, “Two acts from the previous night’s show will move on to the final round of competition.”

Tonight’s America’s Got Talent episode begins with Terry Crews saying that last night eleven acts performed and only two will go through based on America’s votes. Also, magician Jon Dorenbos will perform. The only thing on the minds of the acts last night, was to be better than they were before and that turned into an epic battle.

The eleven acts come up on stage and they are full of nerves with two of them getting one step closer to their dreams; The Pack Drumline, The Brown Brothers, Mr. Pants, Fusion Japan, Freckled Zelda, Duo Rings, Wyn Starks, Alko Tanaka, Maddie, Yu Hojin and Chapel Hart. Terry reminds us that there will be a wild card act who the judges feel should be in the finals.

This is for the top five. Wyn Starks, Duo Rings step forward. The first act still in it is Duo Rings.

The next result, Freckled Zelda and Mattie step forward. The second act still in it is Mattie.

Fusion Japan and The Brown brothers are next, one is in the top five and one will be eliminated. The third act still in it is The Brown Brothers.

The next result, Yu Hojin, Aiko Tanaka and Mr. Pants. Yu Hojin is in the top five.

Jon Dorenbos performs, he gets all the judges to take a number out of a box. Jon calls out Terry Crews to help him with the act.

The top five acts are on the stage and in no particular order the acts in the top three are Yu Hojin, Maddie, Chapel Hart.

The acts in the top two and going through to the finals are Chapel Hart and Yu Hojin.