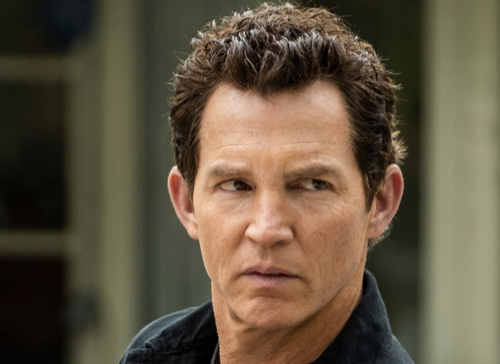 Tonight on TNT Animal Kingdom returns with an all-new Sunday, July 10, 2021 episode and we have your Animal Kingdom recap below. On tonight’s Animal Kingdom season 6 episode 6 called, “Diamonds Are Forever” as per the TNT synopsis, “The Cody’s stage a jewel robbery. Craig and Deran are at odds. In 1992, Julia and Baz spend more time together.”

In tonight’s Animal Kingdom episode, Pope inadvertently welcomed a snitch into their miss. The young kid he helped out was in actuality working with a cop and a cop sent that kid in to get information on Pope as well as his family. To be fair to the kid, he didn’t know who the Codys were until he met them. Now he knows. He knows and he thinks it’s too dangerous. He said as much to the cop. She told him that nothing would happen to him. She even made it sound like an insult that he was scared of the family. It was clear she didn’t care about this young man’s well-being. She just wanted dirt on the cops. She didn’t care how she got it and she failed to realize that the family has stood against cops before. And they’ve always won.

The family didn’t notice the snitch right away. They were worried about other things. They were shaking down a new diner called “4814” for protection money. Those people didn’t want to pay. But J ultimately convinced them it was in their best interest not to fight the five percent fee. He did that by threatening to make that fee higher until they agreed to the five percent. The new diner will also have to host a surf tournament. Deran threw that one in at the last minute. He liked the idea of a tournament and he wanted none of the expense of hosting it and so that was another thing the diner will have to do.

Back in 1992, though, Smurf was busy with Billy. Billy took off for a South American country last time without notice. He went surfing. He had to leave because of the civil war. He returned only to kidnap Deran. He took their son to Nevada without telling Smurf about it. Smurf had to track him down to find her son and even then he was unapologetic. It, therefore, made no sense that she started to sleep with him again. Billy was unreliable. He was never going to be a good dad. He was just a waste of space and still, Smurf couldn’t let him go. Her addiction to him was probably why she didn’t want him coming around towards the end of her life.

By then, Smurf was used to dictating to people. She just told her family that Billy was too dangerous to be around and she did everything she could to push him to leave. Which he did. He was good at leaving. He didn’t even care too much about leaving his son. Billy was simply a waste of space. Smurf also became that herself and that’s why her own grandson murdered her. J told the rest of the family he had to do it because she was too unstable. He failed to mention that he’s been wanting to kill her ever since he saw how well the family was living and remembered how much he and his mother struggled to survive.

Only Julia never wanted any of the family’s money. She wanted to be able to stand on her own. There was a time once when she wanted Baz more than anything. The two of them were quite close and it was never clear or not if he was the father of her only child. Baz has talked about it as a possibility. He also told J that his mother was raped by one of Smurf’s boyfriends and he only said as much as that because he wanted to hurt J. J had taken over Smurf’s money. He owned her house. He was in charge and Baz had done his best to hurt him. And now Baz is dead along with Julia as well as Smurf.

There was no one around to tell J who his father was. But he didn’t care anymore. He was more or less running the business side of things and he liked being in charge. He and his uncles ended up hitting a celebrity’s party for his girlfriend. They got inside the house. They made off with several notable pieces of jewelry. They also escaped without being detected. It was a miracle that they made off in time. They had several run ins with the celebrity. He hit Craig with his car when he thought Craig was a paparazzo. He threatened to knock out Deran’s lights. The man was a walking time bomb and so it’s a good thing he didn’t realize he was being robbed while it was happening because that young man would have done something foolish.

All young guys do at least one foolish thing. Something they wouldn’t normally do. Baz actually missed a job back then because he wanted to stay at the house alone with Julia and that’s the night he took her virginity. Smurf came home angry that night. She yelled at Baz. She also put two and two together and she realized the kids had sex. They thankfully didn’t do it in her bed. But Smurf wasn’t really a stickler for the rules anyway. She didn’t care that her underage kid was sleeping with her foster son or that they were drinking. She just cared that he missed a job. And her priorities got passed down.

Deran failed to get the priciest item on the list. Craig took him to task for it because he and his brother have had issues for a while now and so they kicked the crap out of each other and everyone was hoping that they would make them even. They need each other now more than ever have before.

The supposed detective looking into them had broken into their house without a warrant and gone through their things.