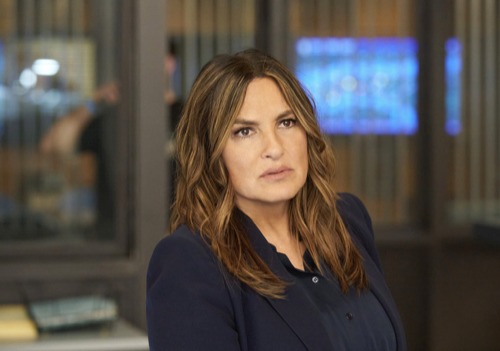 Tonight on NBC Law & Order SVU returns with an all-new Thursday, January 13, 2022 episode and we have your Law & Order SVU recap below. On tonight’s Law & Order SVU season 23 episode 11 “Burning With Rage Forever,” as per the NBC synopsis, “A boy disappears after meeting up with an online gamer. Benson suspects her son is being bullied.”

Tonight’s Law & Order SVU season 23 episode 11 looks like it is going to be great and you won’t want to miss it.

In tonights Law & Order SVU episode, Benson arrives to pick up Noah and finds him getting out of cage with a collar around his neck. Annie, the girl he was with said they were just playing cats and dogs but Benson doesn’t look impressed. Benson asks him what was going on at Hudson and Annie’s house. He says Hudson is a jerk, he put a collar on his neck, stuffed him in the cage and wanted him to eat dog food and he said no.

Then we see a boy named Tino, his uncle Carlos is watching him but says he is going to step out a few minutes and if anyone that he left. Meanwhile, Carlos doesn’t know that Tino has made plans to meet up with someone online. Ab older man picks up Tino, he says he son couldn’t come but said he was a real good gamer.

Tino’s father arrives home and nobody is there. All of a sudden Carlos walks in and his father asks him where Tino is, he is not there. Tino’s father leaves to go check the playground to see if Tino is there.

Tino says he feels dizzy and wants to leave, the man won’t let him and Tino knows he is in trouble.

Rollins and Benson arrive at Tino’s home, they called the police. Carlos says that Tino was playing video games and was fine when he left. They look around and Carlos notices that his computer is missing, Tino probably took it. They track down the location of the computer to a building – they head to the building and knock on doors. One woman saw Tino in the building and tell Rollins what apartment he went in to. Rollins fins Tino, duck tape on his mouth and he is tied to a radiator. Tino is brought to the Child Advocacy Center, Benson arrives and asks Rollins who he is doing. He is tired and was raped, given cold medicine with alchohol.

Rollins speaks to the superintendent of the building and finds out that he rents the unit short term for cash and she gets the guys name who rented it, Theodore Murtaugh, his MO is a fake profile called Slayer, he has no record. They arrive and the door is unlocked, inside there is a lot of blood and the guy is tied to a radiator and bleeding out, but there is a pulse.

Tino is back home, he is really quiet. Rollins tells his grandmother that the suspect is in custody, but he was beaten and stabbed. Benson questions Tino’s father, to find out where he was last night. He says he was home all night for his son, and if it were him, the guy would be in the morgue, not the hospital. Carlos on the other hand went out for a walk, went to his girlfriend’s house. Rollins interviews Carlo’s girlfriend to see if it is true that he was there, she says yes and he stayed all night. Meanwhile, Murtaugh is out of surgery but he is still unconscious and Tino has ID’d him, his DNA is a match. Rollins pulled video surveillance, they see Carlos knocking on Murtaugh’s door.

They call Murtaugh in and question him, Fin tells him to come clean, they see him on the camera and they pulled his cell phone usage. Carlos gives in, he says Tino didn’t feel comfortable when he was in the car with Murtaugh, he saw lots of papers scattered around with information on them and grabbed on with his address – he didn’t tell the police because he thought he would get in trouble. Carlos says he knocked on the door, pushed his way inside, he was angry and the guy had a stupid smirk on his face.

Carlos asks what happened to Tino and Murtaugh said he wanted it. He also filmed it so he could watch it back. He said he could tell by the sounds he was making it that he was enjoyed it. He went to the kitchen and grabbed a knife, he wanted him to feel scared the way Tino did and he made a mistake, he should have stayed until the man bled out.

In court, Carlos is charged with assault one and attempted murder, he pleads not guilty. The judge sets bail at twenty five thousand. Then, Murtaugh is brought into court, he is in a wheelchair, and pleads not guilty, nail is set for him at two hundred fifty thousand and he smirks over at Tino’s father. Outside the courthouse, there are a lot of people with signs calling for Carlos to be let go.

Carisi is in a cell speaking to Murtaugh and his lawyer, Murtaugh says that Tino wanted everything. Carisi offers him a deal, twenty years or if it goes to court, it could be fifty.

Tino’s father goes in to see Benson and Carisi, he says he won’t let his son testify, he is terrified. Carlos helps the DA get Murtaugh, he had the video that Murtaugh took and they are able to get him.

Carlos’ girlfriend and her son walk in to see Benson, she says she is shaking and doesn’t know where to go. Rollins takes her son away while Benson speaks to her. When her son saw Carlos on TV he started to cry and said he didn’t want to see him again, he was afraid that Carlos was going to touch him again. Carlos said it never happened, then he said it was an accident, then he said it would never happen again.

Rollins interviews her son, he says his mommy is mad at him. He says Carlos touched him bad, they taught him at school. It only happened once, and he doesn’t want Carlos to get in trouble. Something doesn’t add up, and they are worried because there is a go fund me account with a hundred thousand dollars in it. Benson gets a call, Carlos is on a roof and threatening to jump.

Benson goes to speak to Carlos who is on the roof with a knife. Carlos says that he was molested and he never got over it and now Andre is never going to get over it. He drops the knife and sits down. He hugs Benson and says he is sorry.

Carlos is in the hospital, the teacher who molested him died in a fire, when he saw it on the news it brought back all the memories. He had nothing to do with the fire, but he is glad he is dead and where he belongs. Benson tells Carlos that he needs to be there for his brother and his son now.

Carisi tells Carlos’ lawyer that he has to go into the registry, Carlos agrees to plead guilty, he doesn’t want Andre to have to testify. Carlos says he should have jumped, for everyone’s sake, either way, he has been dead since he was nine years. In the end, Carlos gets four years and mandatory counselling.