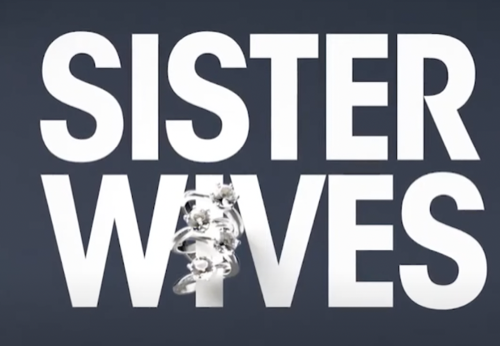 TLC’s reality show about a polygamist family Sister Wives returns tonight with an all-new Sunday, September 11, 2022, season 17 episode 1 called “It’s Over,” and we have your weekly Sister Wives recap below. On tonight’s Sister Wives season 17 episode 1 as per the TLC synopsis, “Janelle tests positive for COVID-19, and Kody confides in Robyn about his troubles with Christine. Then, Kody and Christine sit down to have a tense discussion about the future of their marriage, which leaves Christine feeling empowered and Kody defeated.”

Tonight’s episode begins with Christine who says that Kody said that there will be no more intimacy between them, he is no longer attracted to her. So she tells him not to come over anymore, she doesn’t want him in his room. She packs up all his stuff and moves it into the garage. Kody doesn’t get it. He thinks COVID did this to his family over the last year. Robyn thinks COVID exposed the cracks in the family. This has been very hard on Kody which makes him very hard to live with. Kody tells Christine that he feels slighted by her.

At Robyn’s house, Kody stops by to talk, he says that Christine told him that she doesn’t want him there anymore. Robyn is shocked. Kody says he is going over there to ask her why she moved him out. Robyn thinks that maybe Christine just needs a break, but he should still be there and figure it out. Kody says he doesn’t want to be sexist, but why should he be thrown out of his room? He says he has no idea if he can move back in. Robyn tells him to stay in the house, even if he isn’t in her room, and stay on the couch. Kody says that doesn’t make sense. Robyn says he will still be in the house and maybe Christine will talk to him. He hates the idea because it gives Christine power over him. Robyn is scared for him to go back to Christine’s house. Robyn feels powerless and this is something that could affect all of their lives if they don’t figure something out.

Janelle is positive for COVID. As much care as they have been taking, she doesn’t know where she got exposed. The whole house is quarantined now. Janelle is hoping this is just a cold, that is what she is feeling, and it doesn’t get any worse.

Kody says he feels very stressed that he doesn’t know what is going on in his life.

Kody goes over to speak to Christine, he asks her why she moved him out. She says he told her that he wasn’t attracted to her and she doesn’t want to live in a marriage where there is no intimacy. If he doesn’t want a real marriage with her, then she is done. She calls him on his saying that he wasn’t attracted to her. He says he didn’t use those words. Christine claims that it was one of the most humiliating moments in her life. She tells Kody that she is ready to be free, it has been 10 or 12 years of bad. The marriage started to disintegrate when she was pregnant with Truley. She was still working and she asked Kody for help and he said no.

Kody is getting angry, he tells Christine that she doesn’t get to blame him for everything. She says they have been living there for 800 days, and he has gone three times to do something with her and the kids. She asks him why he is insisting on holding on to her, he said it wasn’t working. He says she is blaming him for being turned off because of her behavior. She wants him to man up. He says he bought the house, the bed, the furniture, this is his house too. She says she has tried so long to be who he wanted her to be. He says the reason why he is not attracted to her is that she is not being loyal. He then says that they were married for reasons other than romantic reasons. He says he fell in love with her because she treated people well and now that he is not treating them well, he is no longer attracted to her. Then he says he feels pressured to marry her, he didn’t know better at the time. He says he thinks it is irresponsible at this point because of their kids, they should work things out. He feels like a dope, angry and pathetic. He reminds her of their deal, a plural marriage. She say yes when she felt important a plural marriage was great.

Christine thinks that Kody has a favorite wife and apparently she is not treating her well enough, there is nothing she can do and what Kody is asking her is ridiculous. She tells Kody right out, that she no longer wants to be married to him. She wants to move back to Utah, to a place where she feels that people love her. He doesn’t want her to take Truley away from him. He expects her to stay there, they have kids together. He wants to salvage the family. She says thanks to COVID she knows she can do it alone.

Christine has no regrets, she knows she is making the right decision and she is excited that there is hope for the future.

Christine tells Kody that it is heartbreaking to be his wife, he is not there and when he is there, he is still not there.

Kody says all right, he sees that she wants to move on. He says he is sorry, then she says she is sorry too.