The Bold and the Beautiful Spoilers: Thomas Pushes for Douglas Custody After Brooke’s Scandal Upsets Son? 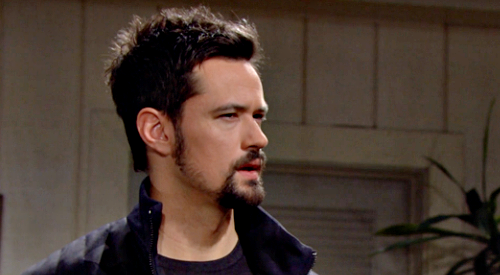 Douglas was excited about seeing Grandma kissing Santa Claus, but he doesn’t understand what exactly he witnessed.

However, Douglas now realizes he’s stirred up some drama since there have been so many questions about that night.

As a result, Douglas can’t shake the feeling that Liam Spencer (Scott Clifton) and Hope Spencer (Annika Noelle) are mad at him.

Douglas is upset over causing trouble – and that feeling may get worse after Brooke and Ridge Forrester’s (Thorsten Kaye) marriage ultimately blows up.

B&B fans know Douglas is a smart kid who tends to find out things he shouldn’t.

If Brooke and Ridge end up on the verge of a divorce soon, Douglas may blame himself for tearing Grandma and Grandpa apart.

Douglas might assume he’s responsible based on the timing or overhear something about that night being the reason for the split.

Regardless, Douglas already has a lot of anxiety over what’s gone down, so that anxiety could get worse and leave Thomas concerned about his son.

Of course, Taylor Hayes (Krista Allen) and Steffy Forrester (Jacqueline MacInnes Wood) already feel like Thomas should get Douglas back.

They don’t like all this time Douglas spends with the Logans and have made the case for reformed Thomas to take on a bigger role raising his boy.

Steffy and Taylor got Ridge on their side when it came to that perspective as well.

Although Thomas previously defended Hope, he might change his tune based on Douglas’ latest struggles.

Thomas may argue that this Santa ordeal wound up being traumatic for Douglas.

Maybe Thomas will fight a little harder for his custody rights and use what happened with Brooke against Hope.

The fact that Douglas was out roaming around at night may not help matters.

With Taylor, Steffy and Ridge pressuring him, Thomas could go after full custody or at least argue that he deserves an even split on Douglas time.

This Santa mess will continue to take a toll on Douglas, who’ll make more of an admission to Thomas during the week of January 31-February 4.

Perhaps this could become the prime opportunity for Thomas to lock in a chance to be more of a dad to his son.

The Bold and the Beautiful spoilers say the Forresters’ quest to reclaim Douglas isn’t over, so it makes sense for Brooke’s scandal to become a factor in that storyline.

CDL’s where you want to be for fantastic Bold and the Beautiful spoilers, updates and news, so visit us often.