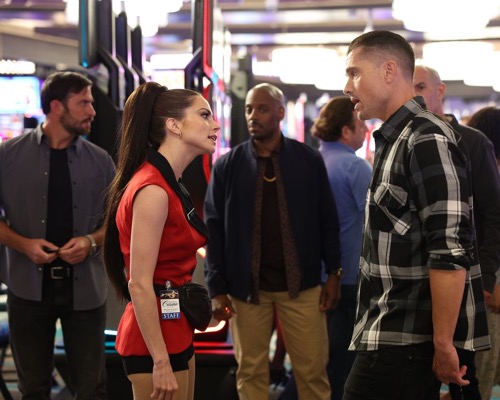 Tonight on ABC their new series The Rookie airs with an all-new Sunday, September 25, 2022, season 5 episode 1 premiere called, “Double Down,” and we have your The Rookie recap below. In tonight’s The Rookie season 4 episode 22 as per the ABC synopsis, “Officer John Nolan is once again face-to-face with serial killer Rosalind, and she wants him to know she’s not done with him yet.

Tonight’s The Rookie recap starts now – Refresh Page often to get the most current updates!

In tonight’s The Rookie episode, LAPD Officer Nolan was given his dream opportunity. He was given a chance to work anywhere in the department. He got what the cops called the “golden ticket”. His boss and his boss’s boss all wanted him to take this ticket seriously. They told him he should go after the wealthier positions in the LAPD. They told him he should and that the police were willing to pay for his training in any position he wanted and so Nolan wondered why he couldn’t use his ticket to become a training officer now. He had needed his college degree to pull off the job. He went back to school and unfortunately real life kept intervening, but the golden ticket was there.

Nolan was considering all of his options when everyone in his unit got called out to act as security. It turns out Nolan’s old friend Rosalind was back in play. The serial killer needed to visit the courtroom. But leave it to Rosalind to get under Nolan’s skin. The two met years ago on a case and Roslind took a liking to him. Nolan was known for becoming the oldest rookie cop in LA history. He was also known for befriending everyone and unfortunately, killers even fell for his charm sometimes. Rosalind was known differently. She considered him both friend as well as an adversary. And she loves to needle him.

Rosalind was supposed to have been cut off from the outside world. She helped some of her followers use her methods to become serial killers themselves and so she was under a lot of restriction because of it. It just didn’t stop Rosalind from accessing social media. Rosalind has been cyberstalking Nolan and his friends. She’s even following them on social media his girlfriend, Bailey. She brought up a cake that Bailey made for Nolan and she sarcastically noted that he never got the chance to taste it that morning. Rosalind loves to get under Nolan’s skin. She used to do it with his mentor too.

Then the mentor went to prison for being a dirty cop. Rosalind was running out of options when she honed in on Nolan and now she lives to upset him. Nolan never gets angry with her or at her attempts to unsettle him. He treats her with respect. He doesn’t fall for her games. He just focuses on the bigger picture and yet Rosalind got the better of him tonight. Rosalind planned her escape with her lawyer. The lawyer killed the sheriff’s deputy guarding Rosalind. The lawyer took the deputy’s clothes. Rosalind got the lawyer’s clothes. Rosalind was able to escape the chaos without none the wiser.

Rosalind’s escape left them all on edge. Officer Lucy Chen hadn’t been in the city because she was doing some undercover work with Sergeant Tim Bradford. They were supposed to be making a buy with some drug dealers. They got on a plane to god knows where. They ended up in Las Vegas and Tim ran into the wrong person upon landing. Tim ran into his doppelganger’s current girlfriend. The girlfriend was wondering how he lost weight so fast when she last saw him three weeks ago. She also asked about his girlfriend because she thought he was cheating on her. And so Lucy tried to diffuse the situation by threatening the woman off.

Which worked…for a time. But the drug dealers that the undercover cops were traveling with had gotten curious. He tracked down the girl that confronted Tim. He questioned her and she revealed the guy pretending to be Jake was in fact someone else. The drug dealers realized he was a cop. They tried to take both Tim and Lucy hostage. Tim got captured. Lucy however fought back and she took down the whole crew by herself. Lucy and Tim hadn’t waited to rush home once the job was done. Lucy was still worried about Rosalind. She hadn’t been able to focus on the case with Rosalind free. And so returning home was enough for her to look at Tim differently.

Tim and Lucy had kissed as a practice of selling their fake relationship to drug dealers. However, the kiss meant more to Lucy and Tim than either ever want to admit. Lucy was dating Chris. Tim was dating Ashley. It was going to be complicated if they took a step further. Only Lucy and Tim returned to LA and they seemed to want to figure out their relationship when they both walked into her apartment to find Lucy’s boyfriend unconscious. It turns out Rosalind wanted to mess with Lucy one last time. She cut up Chris’s wrists and left him for Lucy to find.

Rosalind also called Nolan before she boarded a flight out of the country. She told him she’ll miss him and that she left a “gift” for Lucy.