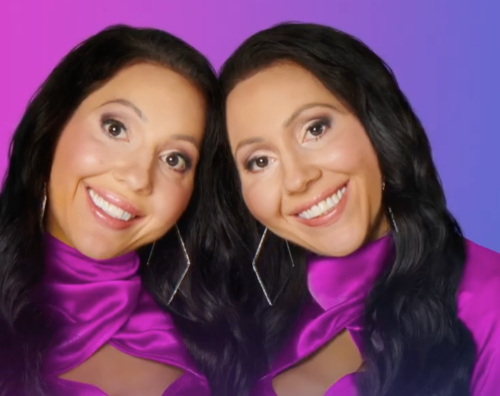 Tonight on TLC their fan-favorite series Extreme Sisters airs with an all-new Sunday, June 23, 2023, Season 2 Episode 1 and we have your Extreme Sisters recap below. On tonight’s Extreme Sisters season, 2 episode 1 called, “Anna and Lucy double down on their identical lifestyle.

Stepsisters Ashley and Vee prove extreme sisterhood isn’t always about being related. When southern belles Jordan and Randi want something, nothing will stand in their way.”

In tonight’s Extreme Sisters episode, Ashley and Vee from Dallas Texas are step sisters and they are extreme. At first they did not like each other. They finally became close after Ashley’s boyfriend was caught cheating. Since they have been inseparable. They even have a code word.

Ashley goes to get her vagina pierced. Vee goes and watch over the situation. The piercer thinks they are strange. Meanwhile in Australia, Anna and Lucy go to the hair dresser. Its a new place for them. They need their hair cut the exact same and the same length. The hair dresser cannot believe they do everything the same.

They even discuss their shared relationship with Ben, their boyfriend. The hair dresser thinks they are weird after they share how they both kissed Ben at the same time when they first met him. She could never do that with her sister. She does find them interesting and sweet.

In Houston, Texas Jordan and Randi have a strong bond. They are always together. They ride their side by side across their land. They stop to pee by the trees. The pair met Derek and Daniel, two twin brothers. Daniel and Jordan married. Randi hopes Derek will propose soon.

Derek does plan to propose but he wants to plan it better. After they marry, they all plan to live together.

Lucy and Anna are sitting to enjoy all of their sweets since it is Thursday night. Their mom and Ben are there. The ladies eat their treats as ben smiles at them. They discuss how they are working on getting pregnant but it isn’t working. They need to be pregnant at the same time. Their mom gets emotional. She doesn’t want them to miss out on motherhood.

Randi and Jordan are in the tub together. They pick at each other’s acne as they discuss Derek not proposing yet. Jordan says she is going to talk to Derek so he will propose to Randi. She is sick of waiting.

Vee and Ashley drink tequila together in the kitchen. Its Sunday when they get their families together. The two talk about how bad Ashley wants a baby. They sit and eat with their families and share how Vee plans to have a baby for Ashley. Her husband does not take it well.