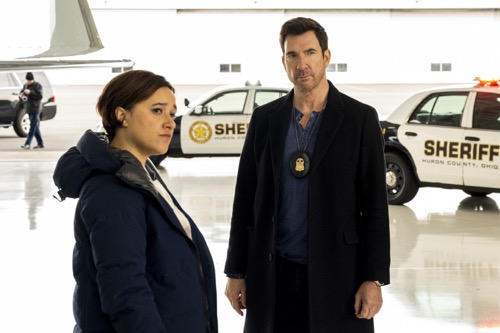 On tonight’s FBI Most Wanted episode, the man hunt team caught a new case. There were two men who killed a security guard and sent off a bomb at a power plant. The federal government was treating what happened like a terrorist attack. But no one was taking responsibility for what happened.

There was usually people who would brag about bringing down a power plant or at least some chatter about an attack being imminent and that didn’t happen with this case. No one was taking credit. The car they used to drive to the power plant had been stolen earlier. And the two responsible for the power outage weren’t taking credit because they didn’t want to get caught.

Not just yet anyways. They were eco-terrorists. The Tanner brothers had joined a nonprofit to help fight climate change and they were fired after they thought they should go for more aggressive actions against the people destroying the earth. They targeted a power station.

They also graduated from bombs to murder when they killed the guard and they weren’t done after that. They went on to kidnapping. They kidnapped the millionaire owner of the plant after he landed at a private airspace. They killed that man’s guards and they left behind his autistic son as a witness.

The son’s name is Dante. He went back to the plane because he left behind his dolphin keychain. He was on the plane when he heard gunshots and he did what his dad taught him to do. He hid. He didn’t move until the gunshots stopped and that’s when he saw the brothers pushing his dad into a green jeep.

Dante wasn’t a great eye-witness because his autism left him unnerved by what happened to his dad. But he pressed his keychain like he was supposed to do when he was in trouble. It sent for the cops and the cops found the scene.

Dante could only describe the car his dad was taken. Only that had been enough for the FBI to put out a BOLO on a car matching that description. The FBI were able to piece from there that the attack at the power station was to draw Graham Solinder back to the States.

He was away on vacation. He came back early after he found out one of his power stations was targeted by terrorists and that’s when the brothers abducted him. They didn’t know Dante was still on the plane. Its why they hadn’t killed Dante like they did with everyone.

The brothers were apparently hired to kidnap Graham. They were hired by someone close to Graham. The brothers thought they were making a move against people destroying the environment and they instead ended up becoming a cog in a corporate dispute.

The brothers were killed once they brought too much attention to what was really happening. Tom took Graham. He demanded that Graham help him locate something that was worth twenty million dollars. And while Tom was busy driving Graham to the location where he could get the money, he in turn was being followed by another guy.

Tom was being followed by Gavin. Gavin was a mercenary hired by yet another man and so all this corporate espionage for that twenty million was bringing everyone out of the woodwork. Gavin followed Tom until Tom got the usb with the money on it. Then Gavin stepped in. He shot Tom. He took both the usb and Graham and he disappeared. The FBI was able to catch up with Tom. He was arrested and treated for his gunshot wound, but he had no idea who Gavin was working for. And meanwhile Gavin drove Graham to meet his boss.

His boss was an Asian man that told Graham “its good we finally meet” when they first saw each other. But Graham didn’t know who this person was. The FBI didn’t know this person was and they were looking for Graham. They found out the usb never had twenty million dollars on it. Tom simply assumed that Graham was stealing from his company when he wasn’t. There was never any hidden money. The usb holds a device that could revolutionize crypto-currency. Graham built a program that could give a country trillions.

China wanted that money. It was them who hired the mercenary to kidnap Graham. They wanted access to that code and Graham couldn’t help them because he never had the access code. Its how he protected self. He allowed someone else to develop the code to unlocking lots of money. Graham was tortured for who had the code. He didn’t talk and the Chinese eventually got bored. They made a ransom demand for Graham. They wanted that code or they were going to kill Graham. The American government wanted to let Graham die.

They didn’t want to give a program to the Chinese that could cripple the stock market. But the reason Graham didn’t crack under pressure was because it was his son that had the code. The son was able to access the program’s website. He saved a copy. He also came up with a new code that would corrupt the data and that’s what the feds gave the Chinese to get Graham back. And so Graham was rescued, the Chinese lost their only chance at getting the code, and Dante got to be a hero to his dad.

And Remy thought his day was over until he heard that his brother’s killer was up for parole.