Anna Nicole Smith’s Life Being Turned Into An Opera – Huh! 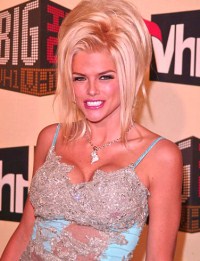 The former Playboy model, who died in 2007 after an accidental overdose of prescription drugs aged 39, will be the focus of the production which will be shown at the Royal Opera House in London.

The opera will be entitled ‘Anna Nicole’ and has been written by composer Mark-Anthony Turnage, who created the controversial ‘Jerry Springer: The Opera’, based on the outspoken talk show host and his shocking guests.   It will debut at the esteemed venue on February 17, 2011, with the role of Anna played by Dutch soprano Eva-Maria Westbroek.

The Royal Opera House said the premiere would be "a major event in the UK arts calendar".   Details of the storyline have not been unveiled, but Anna Nicole – whose real name was Vickie Lynne Smith – led a colourful life which is likely to be included.

Starting as a stripper, she went on to marry oil baron J. Howard Marshall when he was 89 and she was 26 and went on to fight for his estate in the courts following his death.   The year before her own death, her 20-year-old son Daniel died of a drugs overdose, just three days after Anna Nicole gave birth to her second child, daughter Dannielynn.