Britney Spears’ Mother Has Moved In With Her 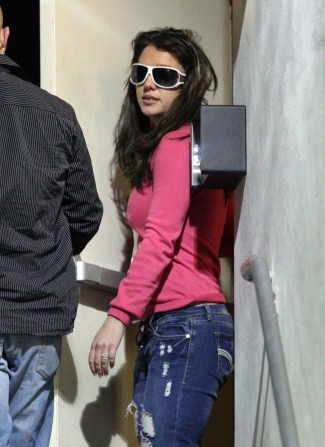 Britney Spears the ‘Toxic’ hitmaker – who is still under the conservatorship of her father Jamie Spears – is said to have asked Lynne Spears to live with her in Calabasas, California, much to the shock of the singer’s boyfriend, agent Jason Trawick.

A source told America’s OK! magazine: “Jason felt like he had absolutely no say. But he let it slide because Britney’s mood improves by leaps and bounds when her mom is around, and Lynne helps at defusing fights between Brit and her dad.”

Britney and Jason’s one-year relationship has been tempestuous of late, with the couple reportedly splitting briefly at the end of February because they had been arguing constantly.

A source said: "They were fighting a lot and have not been getting along. They both just needed to take a break from each other. It wasn’t working out."
In January, the 28-year-old pop beauty dumped Jason, 38, after discovering he had been flirting with two women at Los Angeles’ Roger Room bar before getting back together.

Britney – who has two sons with ex-husband Kevin Federline – and Jason started dating in March 2009. They split briefly in August, but soon reconciled.
Since their romance began, Jason has proposed to Britney several times.