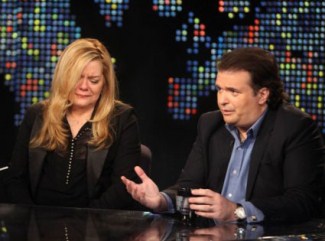 Sharon Murphy – who discovered Simon monjack’s body at their Los Angeles home on Sunday (23.05.10) – has expressed her grief at his passing, just five months after the death of the ‘Clueless’ actress.  Sharon said: "I loved Simon like a son, and he loved me like a mom. I’ve lost a son-in-law and a daughter, and I’m devastated.”

Sharon – who also discovered Brittany unconscious in her shower in December – is now expected to channel her grief into the Brittany Murphy Foundation, a charitable organisation set up by her and Simon to help inner-city children discover the arts.   Roger Neal, her publicist, said:

"I don’t know if many of us could endure what she’s endured in the last five months. She’s incredibly strong, she has close friends around her. And I think more than ever she’s going to be determined to make sure that the Brittany Murphy Foundation goes forward.   "She just needs her privacy right now, and she’s taking it. She’s distraught, but she’s strong at the same time."