George Michael’s Lawyers Are Appealing For His Release Today 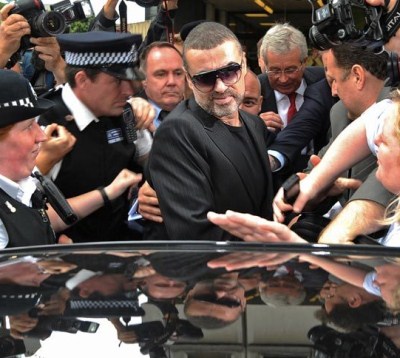 George Michael’s – who was jailed for eight weeks for driving under the influence of drugs and possession of cannabis earlier this week – hopes to be freed on bail because his representatives feel his sentence was “manifestly excessive”.  A source told The Sun newspaper: “George is desperate to get out of Pentonville Prison and still can’t quite believe he is there.  “He’s pinning all his hopes on a judge giving him bail.”

47 year old Geroge Michael’s lawyer Mukul Chawla is expected to appeal for his release at London’s Old Bailey this afternoon, where he will plea for bail, arguing that the singer’s jail term would be complete by the time any appeal is heard.  George’s spirits were lifted yesterday (16.09.10) when he received a visit from his long-term partner Kenny Goss, his manager and another man.

A source said:   “George greeted Kenny and they started crying.  “The two spent the full two hours together and at the end a guard had to remind Kenny the time was up. Neither wanted to leave.”  Kenny later reassured fans the pop superstar is doing well.  He said: “He’s doing OK. I think he’s doing OK.”

The visit sparked fury among the inmates because George was given a private room.  One prisoner said: “The meetings weren’t even in the main hall like everyone else. It’s clear favouritism.”  However, jail insiders insisted the meeting would have caused “chaos” if it had been held in public.  The source added: “Officers had to make a decision based on the effect it would have on the entire wing.”