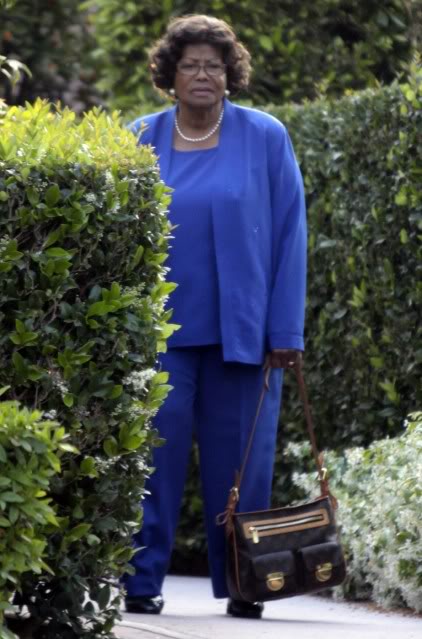 Family matriarch Katherine Jackson has refused to comment on the Joe Jackson’s accusation that she is to blame for Michael Jackson’s passing last June, because she refused to force him to seek help for prescription drug addiction, but her legal representatives have now hit out at Joe’s conduct.

Katherine’s lawyer, Adam Streisand, told gossip website TMZ: “The world knows that Mrs. Jackson has always been a loving mother and grandmother, and that she and Michael had a very special relationship.   "The world also knows who Joe Jackson is and he seems bent on never letting us forget."   Howard Weitzman, lawyer for the Michael Jackson estate, added: "The inference by Joe Jackson that Mrs. Jackson was in any way responsible for Michael’s death is preposterous. Katherine Jackson was a supportive and loving mother throughout Michael’s life. His love and respect for her is reflected in his estate plan."

According to both lawyers, Joe received nothing in Michael’s will and relies on an allowance from Katherine – who raises the singer’s children Prince Michael, 13, Paris, 12, and Prince Michael II, eight – and is unlikely to be given a court-approved allowance from the star’s estate.   Instead, he has been generating cash using the singer’s name but many of his schemes have been blocked by the Michael Jackson estate.

Joe – who was accused of abuse by Michael – admitted yesterday (13.06.10) – he blamed Katherine for their son’s death just hours after he died of acute Propofol intoxication.   Speaking of their confrontation in the mortuary, he admitted: "Katherine was weeping uncontrollably and highly upset. But I didn’t give her a hug because I was mad at her crying.   "I said, ‘If you had listened to me Michael would be living now.’ I kept thinking about the times I had stood in front of her saying something was wrong.   "I couldn’t bottle up my feelings. Katherine didn’t say a word – I had to get away from her. If she’d done what I asked, Michael would be here today. I am incensed with her. She could have made a difference."