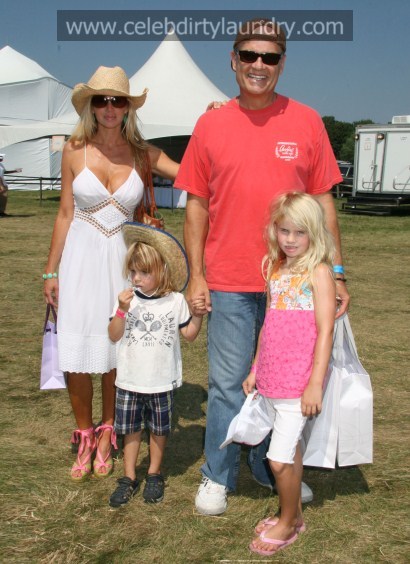 Well she may be upset but I think the $30 million buckeroos she is going to get from Kelsey will console her.  Camille owns half of his half of his TV company, Grammnet Productions.   Kelsey and Camille have no pre-nup agreement so Camille is entitled to 50% of seven years of his earning from Frasier and other shows.    So Kelsey will have to pay pay pay for his indiscretions.

They  still have to work out who will get custody of their two children, daughter Mason, eight, and son Jude, five.     Camille filed for divorce in July citing ‘irreconcilable differences’.