Lil’ Kim Is Set To Record A Song With Rihanna 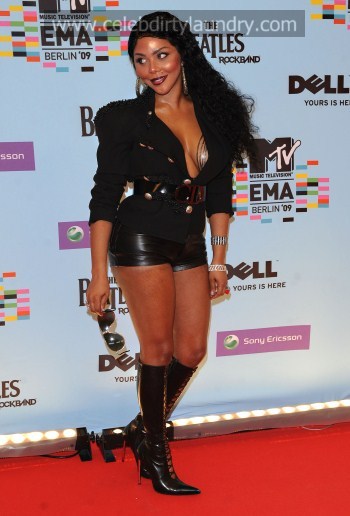 Lil’ Kim is a huge admirer of the Rihanna and believes a collaboration is on the cards.   When asked who she would love to work with, the ‘Lighters Up’ singer told website Lifelounge: "Well, I’m a huge Rihanna fan, and she’s a friend of mine, so I’m almost guessing, if I had to guess, I’m 90 per cent sure that a song is probably in the works."   However, the 34-year-old hip-hop star – whose real name is Kimberly Jones – refused to give any more details.

She added: “I look at it this way: if it happens, it happens. And it should be a surprise. It shouldn’t be something that people are anticipating, or have their own personal opinions on it before it even comes out. So I probably won’t ever mention that again."   Lil’ Kim – who has worked with stars such as Keyshia Cole and Missy Elliot in the past – went on to talk about how much she admires the ‘Unmbrella’ hitmaker, saying: "I just love Rihanna, I think she’s great."   In 2005, Lil’ Kim was sentenced to just over a year (366 days) in prison for lying to a jury about her friends’ involvement in a shooting four years earlier.