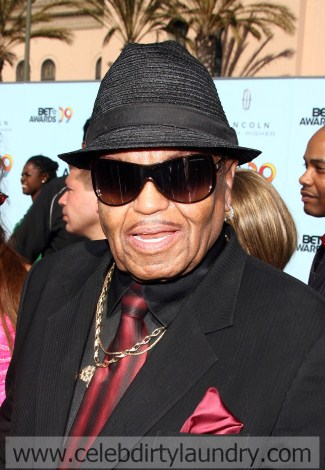 Joe Jackson insists the amount of prescription drugs given to the late Michael Jackson leading up to his death last June was equal to second-degree murder and is launching legal action against Dr. Conrad Murray, who has been charged with involuntary manslaughter, an allegation he denies.

Joe’s attorney Brian Oxman said of the medic’s actions: “The continuous administration of drugs over six weeks – Murray gave him Propofol every night – that is Russian roulette, that is loading six bullets into a gun with only six chambers.”   Joe’s civil action – which he is expected to be filed within 90 days – could run parallel to the criminal trial of the physician, who faces up to four years in jail if convicted.

Earlier this month, California’s Attorney General Jerry Brown filed a petition to have his medical license restricted.   The petition states Dr. Murray – who is accused of administering the prescription anaesthetic Propofol to the pop legend – of "poor professional judgment and placing the life of a patient in jeopardy".

Dr. Murray – who is due back in court in April – is currently licensed to practice medicine in Texas, California and Nevada.   Last month, a judge ordered the 57-year-old physician not to use anaesthesia on his patients but rejected requests to have his license suspended.  Photo: Fame Pictures