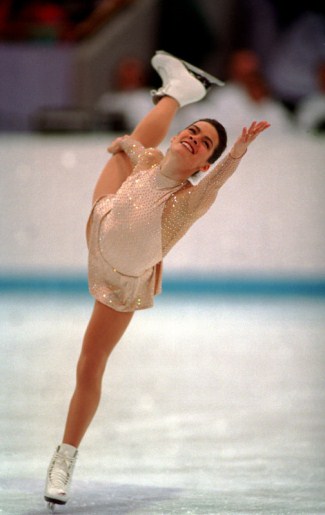 Former Olympic figure skater Nancy Kerrigan’s 70 year old dad Daniel Kerrigan was found dead and her brother is in police custody.  Nancy’s brother Mark Kerrigan was arrested Sunday morning and booked  apparently there was some kind of struggle between her brother and her father in the kitchen area.  Mark has been charged with assault and battery on an elder with serious bodily injury.  He is scheduled to appear in court this morning.

Update by TMZ:  Nancy’s mother told the Boston Herald, "My husband had a massive heart attack," adding "This is a very difficult time for me."   The paper also reports that Mark told police he thought his dad was "faking it" when he fell to the floor.