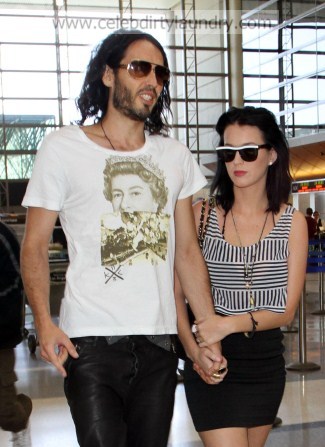 The British comic star – renowned for his womanising ways – insists you should only have sex with a girl and another man if you are attracted to guys as well as women, otherwise stick to one-on-one bedroom fun.

The 34-year-old star – who is engaged to pop beauty Katy Perry – plays debauched rock star Aldous Snow in upcoming movie ‘Get Me To The Greek’ and he admits the character is based on things that happened in his own life.  He revealed:

“Let’s be honest, debauchery is not something I like to outsource. Because I’m a comedian, when things are getting debauched, orgiastic and there’s narcotic indulgence, it’s sort of like, ‘Woo hoo, I’ve won a game show!’ Whereas with musicians that’s the norm.   Dave Davies from the Kinks – his mum caught him in bed with five women when he was 16.   He shouldn’t have been allowed out after 9 o’clock at that age, and he’s in bed with five women.”  Photo: Fame Photos