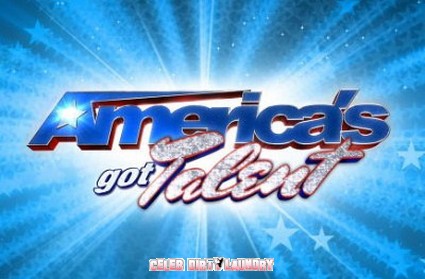 Welcome to our recap of America’s Got Talent!  The auditions have moved tonight to New York city. Everyone is hoping to win the same big prize, the chance to headline a show in Vegas and 1 million dollars.  If you missed last night’s recap, you can check it out here. The audience and judges are in place, it is time to see if NY really has talent.

Before we begin tonight’s recap, we must first make honorary mention of our favorite act last week,  Anna Graceman performing Alicia Keys’ song, I’ve Got You. Check out the video below and tell us what you think…

First act up is Triple Threat, a Broadway act from Lake George, NY. Wow, this group was horrible and the first that I remember getting three X buzzers.

Things on stage go from bad to worse; Joe who takes down a pumpkin pie in 70 seconds, Boston typewriter orchestra and Michael The Parrot Wizard.

The next act up is 18 year old Snap Boogie, a street performer. This guy was very good, he’s got moves, but is he a Vegas act? Well, the judges loved it and Snap has a ticket to Vegas. Pierce said it best, “He was humble when he talked and arrogant when he danced”.

Here’s a good one; 27 year old Riley, a female Sword Swallower. Well, she really did it, but her act is as boring as her music and Pierce is the first one to press the infamous X buzzer. Nick Cannon gets in on the act and pulls a sword out of throat. Howie said there was a lot of disdain, she needs to smile. All three judges give her a NO, thank God.

The next contestant is 24-year old Steven Retchless in silver hot-pants and high heels, he is a Polefessional Dancer! Oddly enough, he was good, but it was really awkward – you have to see this one to believe it, yikes! Sharon called it magnificent and feels everyone will just fall in love with him. Pierce said he will not be falling in love with Steve and the decent thing would be to cover up with clothes. Pierce gives him a no, Sharon a yes, it is all up to Howie who appears a little grossed out. Howie gives in, Steve is going to Vegas. Nick gets on stage and decides to give the poles a try, hilarious – he hasn’t got a graceful bone in his body.

The acts take a weird undertone until 38 year old Pianist, Elew comes along to hopefully save the day. Howie likes it, he’s standing up. Sharon said it was a shock, but she meant it in a good way. Pierce loved it, he said this is way you play the piano. Elew gets three yes votes and a ticket to Vegas.

The last act for the day is car washer and singer, Landau Eugene Murphy Jr. from Logan, West Virginia. Holy Smoke, he sounds like Frank Sinatra! The judges loved it, they were so surprised by the voice. The first audition of his life and he has a natural god given talent. Howie said his life is never going to be the same and Landau starts to cry. Best performance of the night and it’s definitely a ticket to Vegas.