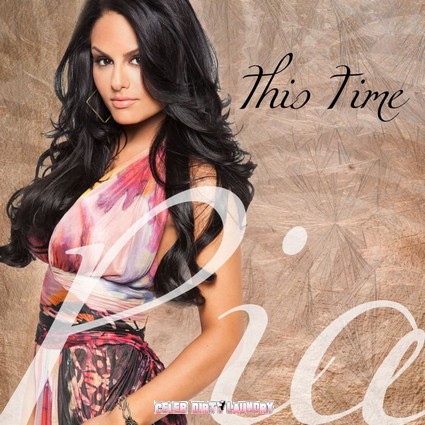 I had a chance to speak to American Idol alumna Pia Toscano yesterday. American Idol fans were shocked when Pia was voted off American Idol too soon, but we all knew she’d be back. Pia signed a deal with Interscope Records last month, an achievement she later described as a “dream come true.” She just dropped her debut single “This Time” and her album will be released in October 2011.

I spoke with Pia about American Idol, leaving the show early, the other idols and what is ahead for her.

You’re doing so well now and you have become a celebrity and your popularity is increasing at an exponential rate. Do you think that your American Idol experience was a critical stepping stone for you?

Definably! I have been doing this since I was 13 years old and I have been told NO so many times. So I know that this was a huge stepping stone in my career and I really don’t think that I would be here today if it was not for the show. It would have been a lot harder at least.

You were the clear “frontrunner” on Idol and yet you were voted off. Was this fair and why do you think this happen?

I don’t know exactly why it happened of course. I think everybody has their time and I think there is a reason for everything and I just think that people did not vote. It is all good though, because it all worked out for the better.

Regarding the other contestants on idol, will you be collaborating with any of them?

We have no collaboration plans yet. During the tour we do things together a lot but you never know it is definitely something I would love to do in the future. But, all of our schedules are kinda crazy so when everything slows down I am sure one or two of us will get together with me.

Rumor has it you are dating Dancing with the Stars dancer Mark Ballas, how is that going?

(she laughs) I actually never confirmed if I was or I was not dating Mark. But Mark is a good friend of mine. Ya Mark is a good guy but we are both really busy right now.

Where do you see yourself in two years and what is next for Pia Toscano?

Hopefully I will have a few albums under my belt in a few years and then hopefully I will be starting to branch out to do other things like movies or television. Hopefully, you never know but some awards and a Grammy. A Grammy has always been a dream of mine, but you know I wanna hope my career lasts that long and everything will be great.

What is next for me well releasing the album, finishing the Idol tour and you know whatever Interscope has planned for me next.

Thanks for taking the time to talk to us today Pia. Any last words for your fans?

Just that I love my fans so much and am so thankful they got me as far as they did and if not for them I would not be here right now and I would not have made it on the show and I am just very thankful for everybody and for all the support that everyone has shown me.

Don’t miss Pia tomorrow she will be the musical guest on So You Think You Can Dance.   The show is broadcast on FOX at 8 pm EST.    You can also pick up a copy of her single “this Time” which is on sale on iTunes for a limited time for just 69 cents.