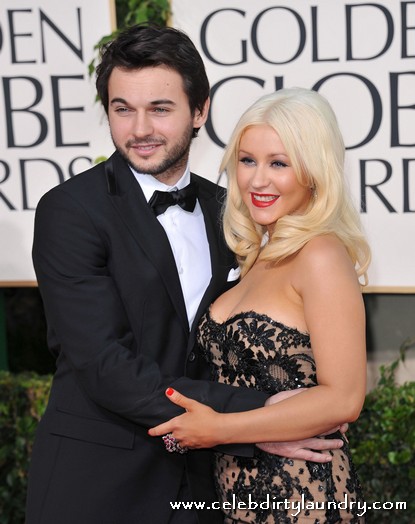 Rest assured people, Christina Aguilera’s boyfriend, Matt Rutler, isn’t all that bad…. thank god I can sleep at night now!  Turns out that he was not too drunk to drive back in March the night he got busted for a DUI.  Apparently, his blood alcohol level was .06, while the legal limit to operate a vehicle in California is .08.  Then why arrest the poor guy?  Because his girlfriend was wasted!  Aguilera was arrested for public drunkenness, after the officers determined her to be completely inebriated.   Looks like Matt was busted by association.

Having a DUI on your record is no good, so luckily that got cleared up and he was exonerated.  As for Christina, charges weren’t pressed; but that evening marked the beginning of a downward spiral for the singer, let’s hope she picks herself back up!