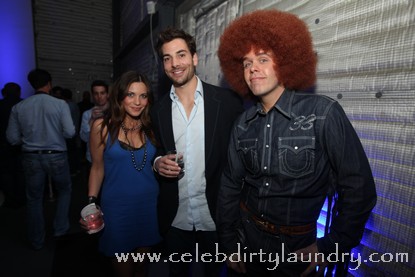 Last Saturday March 26th, 2011 at Siren Studios in LA, NIVEA For MEN hosted Perez’s Blue Ball – Celebrating 33 Years of Fabulousness for the Queen of Media.  Perez was wearing an original 70’s inspired jump suit by True Religion.  Guests sipped on cocktails by @hpnotiq and were treated to hot shaves by NIVEA For MEN.