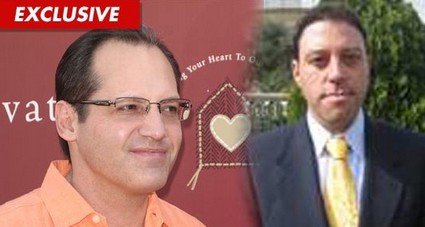 In a bizarre new twist, recently deceased Russell Armstrong’s business associate, Alan Schram, was found dead the day after Armstrong’s suicide.  Armstrong’s body was found hanging from a beam in his bedroom, while Schram was found on August 16 outside of his car on Mullholland Drive with a gunshot to his head, later to be concluded as a suicide.

Two friends commit suicide within 24 hours of each other? Russell Armstrong left no apparent suicide note and according to friends and family was experiencing heavy financial problems.  Him and Schram were said to both be members of a group called ‘Tiger 21’, an organization of high net-worth people who get together and discuss potential investments.  Did an investment go horribly wrong?

Schram’s financial situation is still unclear as details are still emerging, but I won’t be surprised if there is some sort of connection with these two men and there untimely suicides.