Survivor Redemption Island – Week EIGHT Recap & Who Was Voted Out? 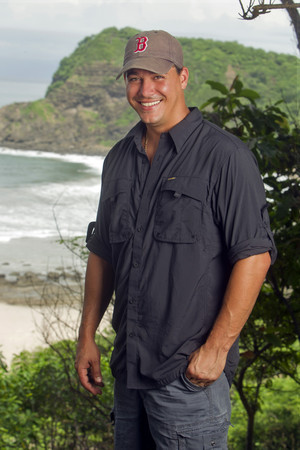 Our guest blogger, Rosie, from Fit Fab Celeb, provides us with a recap of tonight’s episode of Survivor Redemption. Tonight’s the night for the much anticipated tribal merger and the the last round of Redemption Island, which could have easily been renamed “Matt’s Island” considering  he dominated every duel this season.

After Matt’s injury to his foot last week in the battle, he may just be in trouble tonight. Boston Rob appears to have this game in the bag, what will Ometepe’s plan be, will they turn on him with their new Zapatera team members?

Sarita arrives on Matt’s island and he’s happy about it because she doesn’t appear to be tough. After getting some info about Zapatera from Sarita, Matt thinks about aligning with them when he returns and taking out Ometepe.

The tribes get tree mail and find out they are all going to Redemption Island to witness the dual, everyone is thinking this is the MERGE.

At Zapatera, Mike is already talking about taking Rob out, didn’t take long!  Meanwhile Matt is really worried about the injury to his foot. Jeff Probst announces that the winner of the duel today will go back and re-enter the game. 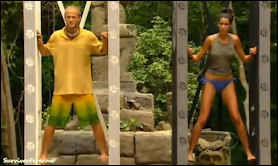 Matt and Sarita have to stay on the first foot hole for 15 minutes, then move down to the next one. Both are still doing well, it is time to move down to the last foot hole and they go until one of them drops. Sarita drops out of the duel, Matt seizes the moment and re-enters the game after six duels.

Jeff Probst hands Matt a new buff, it is different from the Ometepe and Zapatera’s buffs; the tribes have merged.   After the next tribal council, Probst announces that Redemption Island begins again.

with one ball on the disk, Ashley and David are out on the second round with two balls. Last round, three balls on the disk, Andrea, Grant, Matt, Rob, Phillip, Ralph, Steve are out. We are down to the final two, Mike and Natalie, Mike falls out and Natalie wins first individual immunity. Everyone is headed to tribal council where one person will be going to Redemption Island.

Matt tells Rob that he was thinking of flipping and voting him out, but now he is with Ometepe. Rob is glad they talked, now he is going to put Matt on the chopping block. Meanwhile, Andrea is upset that Matt told Rob and broke their confidence. Rob starts campaigning, but Mike and Matt are watching. Everyone is getting ready to go to tribal council and Mike hands Matt a note to vote out Grant and he will in return guarantee him to be in the final three.

Ralph gives the immunity idol to Mike, nobody can vote him out. 5 votes for Grant, 1 vote for Steve, 6 votes for Matt.