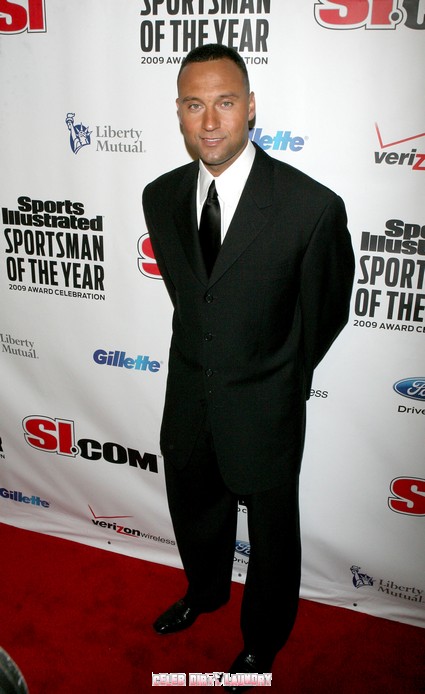 Although not overly exciting to those with no interest in Major League Baseball – but for those fans out there who religiously live for the game, today marked a milestone day for New York Yankees player, Derek Jeter.

The 37 year old was on top form today while batting for his team, and it wasn’t because girlfriend, actress Minka Kelly, was smiling from the stands.  Jeter became the first person to hit 3000 hits while playing for the Yankees – so why not make it a home run?  No big deal!  Not only did he become the 28th person in history to reach 3000 hits, but also became the second to hit it on a home run.  Too good to be true right?

Jeter was greeted with the support from his team upon reaching home base; one can only imagine what a gratifying feeling that must have been for him.  Congrats to you, and all your fans Derek.   You almost make me want to like the Yankees.  Almost…