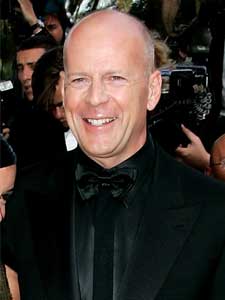 The two stars were seen looking cosy at the new Los Angeles restaurant Cut, where they enjoyed a lavish dinner together. A source said: “They seemed really into each other. Renée definitely left with Bruce.” It has been claimed that the other diners in the restaurant failed to notice that Bruce and Renée were sat with one another because they were distracted by another star – Reese Witherspoon.

According to reports, Reese who filed for divorce from husband Ryan Phillippe earlier this month was eating a salad alone, before Renée saw her and went over to have a chat. The two actresses were soon joined by Bruce and the trio then spent almost an hour together talking and drinking.