EVERY OTHER CELEBRITY CAN ADOPT WITHOUT PROBLEM EXCEPT MADONNA! PART 2 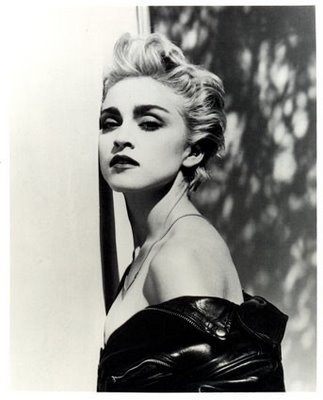 Can’t people just leave Madonna alone! I mean she is trying to help a child that was poor and had no chance of a good life without her. She could of just adopted any child, but she chose not to! Even Tom Cruise adopted children without problem and we all know what a crazy alien he is! Anyway here is the latest:
Senior Malawian government official has dismissed remarks by Yohane Banda – father of the one-year-old boy Madonna is hoping to adopt – who claimed that he’d been misled nto signing over custody of his son David and accused senior Malawian government officials of not explaining the documents he signed. “If we were told that she wanted to take the baby as her own we could not have consented, because I see no reason why I should give away my son,” Banda, who can neither read nor write, told the Associated Press in his local language of Chichewa over the weekend. “I am just realizing now the meaning of adoption.”
On Monday however, Penson Kilembe, director of child welfare in the Ministry of Women and Child Development, categorically denied all of Banda’s claims. Kilembe told Reuters, “We explained every detail and Madonna herself explained her intentions in the face of the judge and in Banda’s presence. (Banda) was asked several times in court if he understood what was going on and he said he did.”
Kilembe said Banda was informed that 12 children had been presented to Madonna and that the singer would select another child if Banda did not want his son adopted. Madonna picked David. In speaking to Reuters on Saturday, Banda said that officials had instructed him that the papers he signed guaranteed Madonna’s care and education of David – and then she would bring the boy back. “What he has told you now is not true,” Kilembe said, but refusing to provide the adoption papers that Banda signed.
On Friday the High Court in Lilongwe is due to begin hearing the case lodged by the Human Rights Consultative Committee, an alliance of 67 rights groups, which argues that Malawi laws forbid international adoption. Madonna, 48, had only seen a snapshot of David and knew only basic information about him when she and Ritchie, 38, flew to Malawi on Oct. 3. But when she finally met him, “It was love at first sight,” her rep, Liz Rosenberg.
In response to the growing controversy about the adoption, Madonna – who is set to discuss the controversy with Oprah Winfrey on her show Oct. 25 – said in a statement to PEOPLE: “I expect to be given a hard time about many of the things I do. I know they are provocative and I prepare myself, but I did not expect the media, the government or any human rights organizations to take a stand against me trying to save a child’s life.”
source