IS THIS ASHLEE PART TWO? NEW ASHLEE FOR SKECHERS!

BY Robyn Good on October 25, 2006 | Comments: one comment
Related : Uncategorized 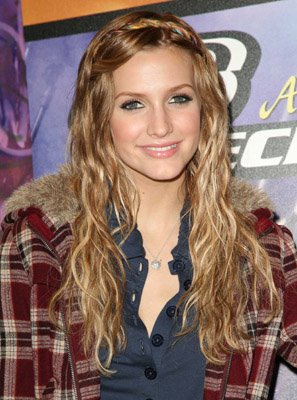 Ashlee Simpson is following in the footsteps of her fellow songstresses Britney Spears, Christina Aguilera, and Carrie Underwood. Ashlee, 21, is helping to launch a new line of footwear for shoe giant Skechers. She was spotted at a photocall earlier today in London, UK.

Ashlee grew up wearing Skechers: “Skechers is brand that is not afraid to going the beyond. I look forward to representing Skechers clothing line; I also hope to add a few more pairs to my wardrobe.”

Skechers president Michael Greenberg said: “Ashlee is a very talented young singer and she’s one of the most powerful influences of the young population today. She makes a perfect fit between fashion and music, using her creativity to empower young women to be themselves. We were drawn to her grace, style and energy.” 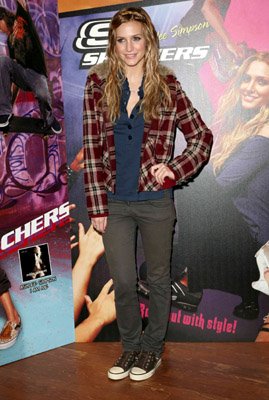 I REALLY DON’T KNOW WHATS HAPPENING TO THIS GIRL. SHE LOOKS LIKE A WHOLE DIFFERENT PERSON! SHE WAS LOOKING BETTER, BUT NOW SHE REALLY HAS WENT TO FAR WITH THE SURGERY! HEY, MAYBE IT’S NOT EVEN SURGERY. THIS COULD BE THE WORK OF TOM CRUISE KING OF THE ALIENS! MAYBE, HE CAUGHT HER TOO!

One response to “IS THIS ASHLEE PART TWO? NEW ASHLEE FOR SKECHERS!”