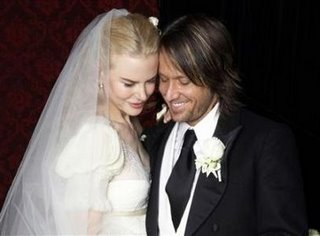 Keith Urban has checked himself into a rehabilitation treatment center for alcohol abuse, less than four months after the Grammy-winning country singer’s marriage to actress Nicole Kidman.
Urban released a statement Friday that said he entered rehab Thursday night with his wife by his side. His publicist would not give the location of the rehab center.
“I deeply regret the hurt this has caused Nicole and the ones that love and support me,” Urban said in the statement.
“One can never let one’s guard down on recovery, and I’m afraid that I have,” the statement reads. “With the strength and unwavering support I am blessed to have from my wife, family and friends, I am determined and resolved to a positive outcome.”
Urban has cancelled all future promotional appeareances for his new album due to be realised on Nov 7. Urban will also likely cancel a scheduled appearance on the Country Music Association awards next month, the publicist said.