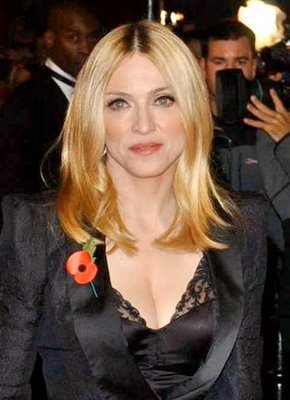 Madonna will accept a High Court ruling that allows a coalition of 67 human-rights groups to assist in judging whether she is fit to adopt Malawian 1-year-old David Banda, says her lawyer in the African nation.
In his Wednesday ruling in the Malawian capital, Judge Andrew Nyirenda said the human-rights organizations could be viewed as “friends of the court” and could join in the judicial review of the interim custody order he granted to Madonna and her husband, Guy Ritchie. “The Ritchies called me from London and I explained to them the ruling. … They have no problem with the ruling and are also willing to sit back and wait,”
Madonna’s lawyer, Alan Chinula, told reporters in the capital, Lilongwe, the Associated Press reports. The groups had argued that the Malawian government cut legal corners to “fast-track” the adoption, and said regulations must be followed to protect children. Madonna has denied that she was granted VIP treatment. Chinula said the challenge would help clear up Malawi’s “antiquated laws” on adoption and that Madonna’s case would serve as a “guiding case for future adoptions.”
David’s biological father, Yohane Banda, 32, said Thursday he hoped the high-profile case would open the door to easier adoptions of Malawian children by foreigners. “In Malawi, there are too many underprivileged children, most of them orphans. I appeal to rich people with Madonna’s kind heart to come and adopt these children,” he said from his mud-and-thatch village of Lipunga, according to the AP. He added that he had heard that David is being well-cared-for by Madonna in London. “We are happy here,” said Banda. “I know Madonna loves the child. I want to encourage her to keep on loving David.”
source