Nick Lachey Has Invested in a Team 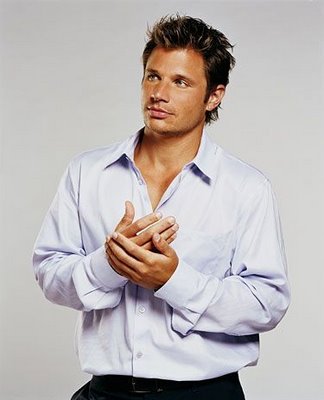 Nick Lacheyis becoming a part owner of a team ? the Tacoma Rainiers franchise, the Triple-A affiliate of the Seattle Mariners, he tells People in its new issue. “It had always been a dream of mine to be involved in team sports in general, especially on a local level in your hometown,” says Lachey, a self-described “huge baseball fan (who) grew up in Cincinnati, and baseball is kind of a religion there.”
A couple years ago, the Cincinnati Reds came up for sale, and “I made an attempt to become a part of the ownership,” he says. “Unfortunately, it didn’t work out, but it certainly reiterated my interest in having some kind of ownership involvement. So, when this opportunity came around, it felt like a great way to get involved.” Lachey, also tells the magazine, “Sports is ? outside of entertainment ? my passion. ? Clearly I’m not going to be playing for anybody in my lifetime, so to be involved on the ownership level is the next best thing.” (The singer is also starting a basketball team with pal A.J. DiScala.)
Lachey’s stake actually makes him one-third owner and active investor in the team. Of his business partners, Bob Schlegal and Kirby Schlegal (of Texas, who led the purchase of the sale), Lachey says: “They are partners in Schlegal Sports and have a lot of experience, especially in minor-league sports.” And besides his “getting ready to go back into the studio for a new album,” Lachey says his new professional duties will entail his practicing with the team. “That’s the biggest perk,” he says. “But I certainly don’t want to be one of those meddling owners who is trying to give his influence where it’s not wanted.”
source