BY Robyn Good on October 31, 2006 | Comments: Leave Comments
Related : Uncategorized
Paris is still getting hired to do movies even though they all bomb? Maybe they signed a contract when Hilton’s 15 minutes were not fading? 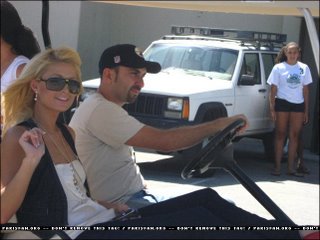 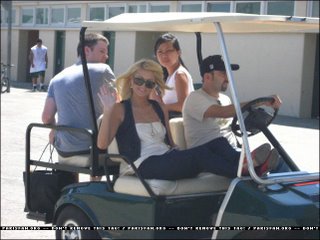 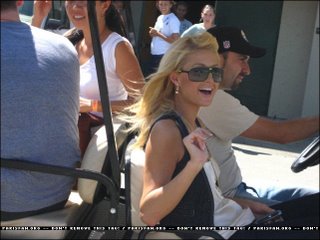 Paris’ 15 minutes really seem to be over. Page Six had a spy at The Halloween Playboy Mansion Party:
Paris stuck to her usual shtick of dancing on a table and lip-syncing to her single, “Stars Are Blind.” “The reaction is now always the same – her posse of sycophants surrounds her, cheering her, as most people groan,” says a witness. “This is really getting old.”
Oh and apparently Nicky was wild that night!
Nicky let loose on the dance floor using her date as a humping post. According to the source, Nicky was “being bent over backwards against the stage by a height-challenged young man as she wrapped a leg around his hip and they played tonsil hockey.
She later spent an hour crawling under the tables (apparently) looking for a lost purse. When upright, she was stumbling all over . . . as she was fondled everywhere but the bottoms of her feet by the little ‘dance’ partner . . . She is handling her breakup with Kevin Connelly in a very mature and sophisticated manner – not!”
source