Tyra Needs to Shed the Pounds! 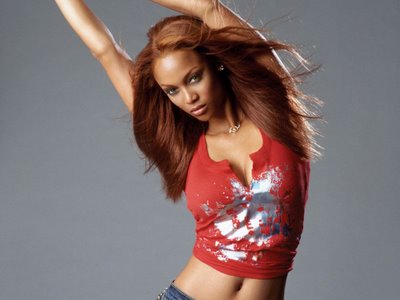 Talk show host Tyra Banks has consistently said that she wants be the next Oprah Winfrey. And that has the CW Network nervous.

The executives at the new CW Network are worried that Tyra is putting on too much weight. A producer for the CW network said that Tyra has been instructed to lose weight immediately.

On Source say, “Tyra still looks good, but she’s put on close to 50 pounds since starting her talk show … things are really getting out of control.” The Source also said “I mean, she doesn’t have the greatest personality, so if she starts getting too heavy, it could be a real problem for the show.”

But the bigger problem is with Tyra and America’s Next Top Model. The producer said that if Tyra doesn’t lose weight, she may not return next season. Producers were not happy with the way Tyra looked this season. Adding, “when you see Tyra next to the girls on the show, you realize how much weight she’s put on … it’s almost ridiculous.”

And the pressure by her network bosses has already caused Tyra to back down on a pledge she made to fans. It has also been discovered that promo photos for ANTM were photoshopped in order to make Tyra look slimmer. This goes directly against the supermodel’s promise not to have photos of her digitally enhanced. When she announced the promise, Tyra told reporters, “Modeling is an unreal business, but I wants to make it more real.”Representatives for Tyra were not available for comment.