WHEN ALIENS ATTACK PART 20: TAKING OVER THE MUSIC INDUSTRY 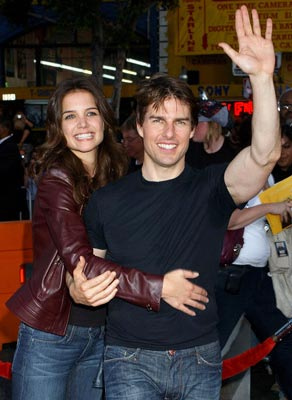 Tom Cruise is to release a record with new wife Katie Holmes, it has been claimed. Tom has reportedly decided to release a rendition of ?You?ve Lost That Lovin? Feeling? with Katie after serenading his new wife with the tune at their wedding reception.
A source told Britain?s Daily Star newspaper: ?Tom?s got a great voice. And he loves that song ever since his ?Top Gun? character Maverick sang it to woo his love interest Kelly McGillis. Katie proved how talented she is musically when she performed in ?The Singing Detective? remake.?
Tom?s vocal talents did not go unnoticed by several music producers who attended his wedding, and the couple have apparently been offered staggering sums to sign an exclusive record deal.
The only hurdle in the way of their chart success, however, is said to be Tom?s obsession with Scientology. The source added: ?Music chiefs know it would be a massive hit so they don?t want to lose all the money to a bizarre religious following. And record labels are reluctant to be associated with the strange faith. However, Tom is adamant. He said the song is a symbol of their love and Scientology is a basis for their companionship.?
source