You Have to Be Kidding!? 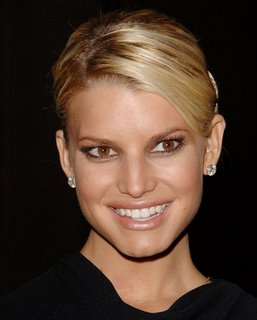 According to Life Style Extra, Simpson has become addicted to the “social Networking” (read: Dating) site, and goes online every chance she gets.A source told Britain’s More magazine: “After she split up with John Mayer, she set up a MySpace page to meet new people. She did it in a fake name but got really into it. She’s totally addicted. Whenever she’s at home, she’s on her laptop.” Jessica is said to be seduced by the freedom and anonymity internet dating provides.
The source added: “Jessica loves the idea she can use the internet to look for a man who’s interested in her personality. She pretends to be this shy Texan girl.”Now I’m not sure if it’s really the best thing to lie to prospective love interests online, but somehow, I don’t think the guys will dissapointed when Jessica shows up to the date, rather than some “shy Texan girl.”
source