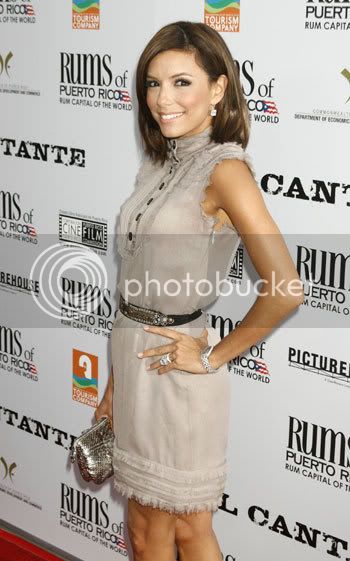 Eva Longoria has been seen shopping for a nursery, sparking rumors she is pregnant.

She was spotted admiring furniture and clothes in exclusive Los Angeles’ children’s boutique Petit Trésor. A source told Britain’s Star magazine: “She and a girlfriend were ooh-ing and ahh-ing over all the baby things. She looked at cribs, changing tables and inquired about designing a nursery.”

“She bought a $116 Robbie Adrian blanket and a half-dozen Huddy Buddy Babygros, including one that proclaimed, ‘I tend to drool.'”

Eva recently denied rumors she was pregnant, claiming her recent weight gain was down to the recent Hollywood writers strike as she couldn’t go to work. She said: “No pregnancy, not yet. I’ve been cooking and eating, cooking and eating. I keep telling everyone that I’ve gained 10 pounds just being on strike.”