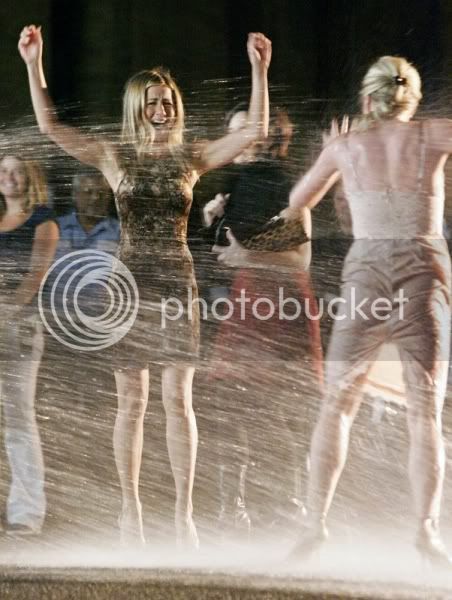 Jennifer as announced  will appear in one episode as a “free-spirited, ‘Fatal Attraction’-like stalker” named Claire Harper, who is the Liz Lemon’s (Tina Fey) former Chicago roommate, NBC revealed.   When Claire shows up in New York, she instantly attaches herself to Liz’s boss, Jack Donaghy (Alec Baldwin).

“Jennifer is not only incredibly lovely to have around, she also has what the young people would call ‘mad skills.’ We’re very excited that she’s joining us,” Fey said.   Judging from the first sneak peek photo of Jennifer’s cameo,  it appears a fountain comes into play – a la her famous “Friends” opening sequence.   Source