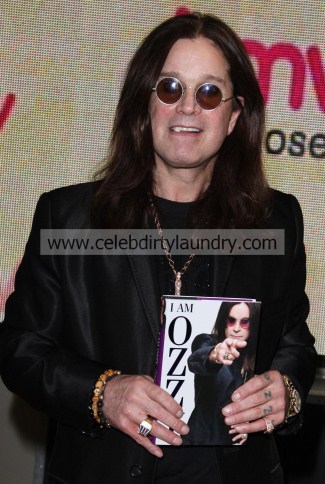 Although he is approaching his 62nd birthday in December, former Black Sabbath frontman Ozzy Osbourne is to play a number of dates in the UK and US in coming months.   The international tour will promote his latest album ‘Scream’ – his first for three years – taking him to warm-up gigs at Folkestone on June 29 and then Oxford on July 1 and London on July 3.

After a short break the rocker will head to San Bernardino, California on August 14, followed by Chicago, Pittsburgh, Hartford, Camden and Boston throughout the month.   Despite his seemingly limitless energy, the self styled Prince of Darkness admitted recently he has been deeply affected by the recent deaths of fellow heavy metal musicians Ronnie James Dio — the singer who replaced him in Black Sabbath — and Slipknot bassist Paul Gray.

He told Heraldsun.com.au: "When you get to 60 you’re on the downward slide. I’m 61 now. In the past month so many guys I know have died. Ronnie James Dio died of cancer, a guy from Slipknot killed himself… you have to live for each minute. In my youth I’d wish my life away. I wish I could have them times back. But you can’t."   The musician also lashed out at those who accuse wife and manager Sharon of forcing him to tour saying: "Some people think Sharon pushes me to go on tour. My wife does not push me out on stage. If I really didn’t want to go out I’d say, ‘F**k you, I ain’t going,’ and I wouldn’t go."