A Few Words From Dancing With The Stars’ Margaret Cho 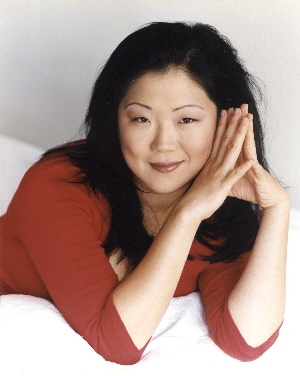 “Dancing with the Stars” producer need to start practicing how fast they can hit the censor button once stand-up Margaret Cho hits the ballroom floor. The funny lady, who is known for using a lot of the words banned by the FCC in her comedy act, said she’s been working hard to clean up her vocabulary to fit in with the family show. Margaret sees herself as the Bette Midler of today – well I don’t know… I mean Bette Midler was a chubby Jewish singer and Cho is a lithe oriental comedienne – I don’t really see the similarity unless Cho means the coarseness – this they do share.

“I’ve been practicing not swearing and I think I did the press conference all right,” Margaret told Access Hollywood’s Shaun Robinson following the “DWTS” Season 11 cast announcement in Los Angeles on Monday night. When asked what her biggest challenge on the show would be, Margaret replied, “Not dropping F-bombs!” “That to me is as much of a challenge as the Viennese waltz,” the “Drop Dead Diva” star added. “But I’m gonna be good.” If Margaret can master her tongue, she expects to use replacement phrases for her usual bag of curse words.  Among her alternative options?   “Fudge… shoot, fiddlesticks,” she laughed. As “Dancing” fans know, the contestants actually don’t speak much live, as the competition is about their skills on the ballroom floor, and Margaret admitted she has butterflies already. “We’re all nervous,” she said. “It’s a very complicated art form… It’s tough.”   She added that she expects her best dance to be the “cha cha Cho!” Hopefully she gets funnier than this during the show.